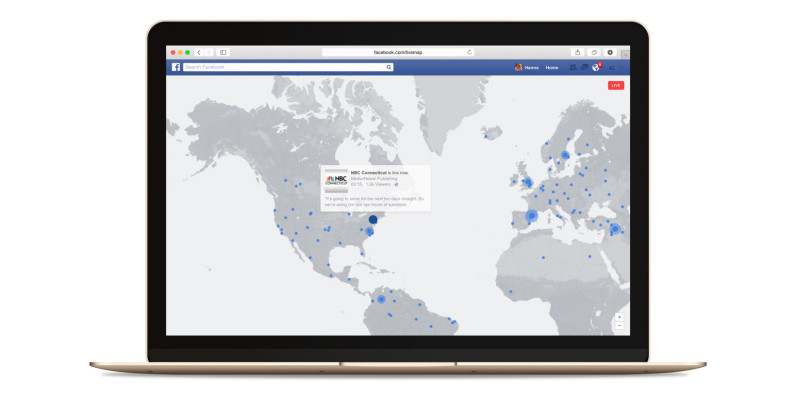 In February, Facebook began rolling out live video streaming capabilities to users worldwide – meaning that there’s bound to be someone streaming video of themselves somewhere on the planet at any given point in time.

At its F8 developer conference, the company unveiled a number of new features for Facebook Live, including reactions, comment replay and filters. But the most useful of them all is this interactive map that shows you streams that you can tune into in real-time.

It certainly beats waiting around for people to begin streaming stuff in your news feed, and gives you a chance to discover what’s going in places you’re interested in. The feature has been around for the past month, but it’s now easier to find on Facebook’s desktop site.

To use it, find the ‘Live Video’ link under Apps in the the left navigation bar on your Facebook timeline. You’ll be able to see public streams available from across the globe, as well as who’s watching the video you’ve selected.

In April, the company said it had activated Facebook Live in 60 countries, so there should likely be plenty of content for you to flit through – as random as the streams may turn out to be.

The feature appears to be rolling out slowly: it’s certainly available in the UK but hasn’t yet in India.

We’ve contacted Facebook for an ETA of a global rollout and will update this post if there’s a response.

Read next: Adobe Spark is a three-app suite for easy website, video or flyer creation