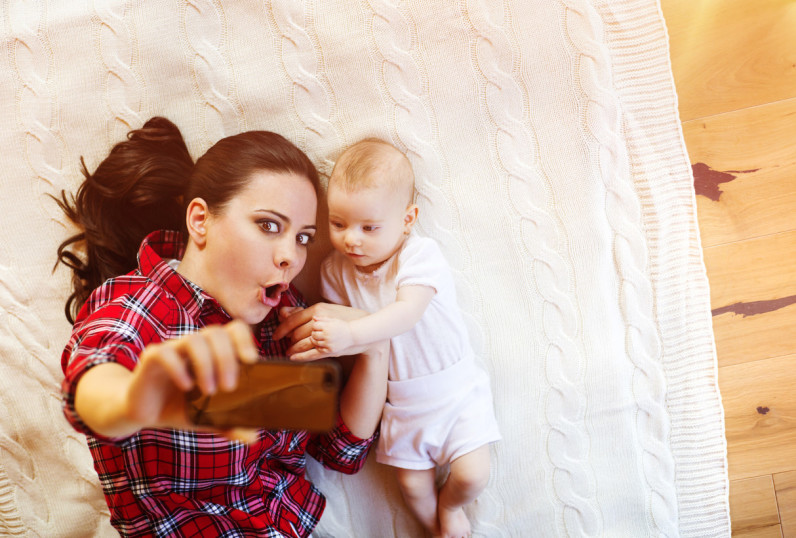 Parents in France are being warned that their love of posting intimate photos of their young children on Facebook could land them with a fine and jail time.

Thanks to the country’s strict privacy laws, reports the Guardian, French authorities have forecast a legal patricide and said if children decide a photo is too revealing, they have grounds to sue for up to €45,000 in damages and a year in prison for the culprit.

“In a few years, children could easily take their parents to court for publishing photos of them when they were younger,” Eric Delcroix, an expert on internet law and ethics, told Le Figaro.

“Children at certain stages do not wish to be photographed or still less for those photos to be made public,” he continued.

But there’s something a bit jarring about this proposition. We’re all aware of the danger of third parties taking those pictures posted online and using them for more nefarious purposes.

Or, in some cases, engaging in strange games in which people role-play as parents on Instagram using stolen photos. Yup, that’s really a thing.

Yet, it seems a huge knee-jerk reaction from French law makers to believe that their parents deserve to be punished for being proud of their newborn children.

Yes, the potential for embarrassment years down the line is possible. But the reality of people seeking out those photos to cause harm seems slim.

Also, by simply removing the tags of the photos of any baby who might subsequently join the social network instantly makes it more of a challenge to find and seek them out.

For me, it feels like the unforeseen consequence of our relationship with social media. Unlike in non-digital settings, in which our identity is a the result of a complex interplay of age, gender, race, socio-economic background and norms and values, online it can be simply typed into existence. Essentially, we can be whoever we want to be.

While that’s a fantastic concept for people looking to reinvent themselves, that kind of temptation means that we can prune our identities into a distorted vision of perfection.

But with that pruning comes the anxiety felt when our identity is distorted by someone else, be it a third party or, in this case, a parent. We no longer have control of our online identity – and that may provoke fear and anger. Giving people a legal avenue to sate those anxieties feels short sighted.

In non-digital settings this idea is part of the human experience: that people will make assumptions and judgements based on the information they choose to see about us. Over time we learn that we just have to accept that.

Online however, with a generation of children learning that identity can be tightly managed, controlled and projected in any way they see fit, it feels like an alien concept.

We may be sleepwalking into an age in which affection, presented under the guise of a baby photo, is viewed as a threat that needs to be punished, and we’re creating laws that make this easier than ever before.

Could children one day sue parents for posting baby pics on Facebook? on Guardian

Read next: Why telling ourselves we're 'too busy' is bullshit