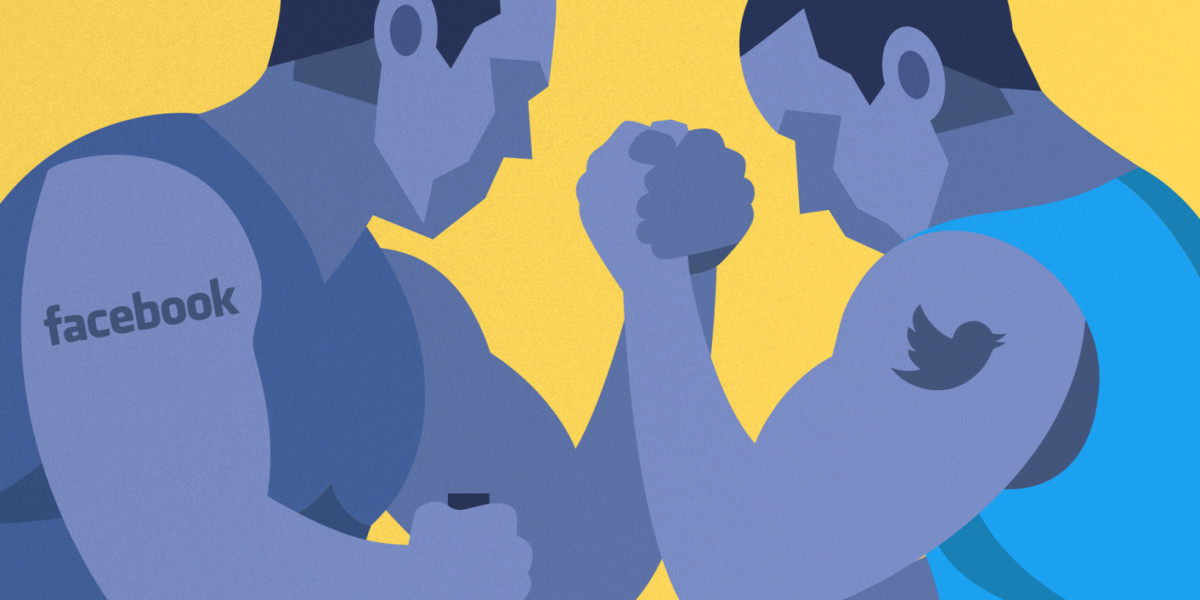 This week, Twitter turns 10. Over the next five days we’ll be exploring how far the microblogging service has come, the challenges it faces going forward and some of its key moments along the way.

If you’re like most people, your life — or at least the lives of those around you — can get really wrapped up in Facebook. Between social shade and pictures of babies, Facebook is a more cult of personality than social network.

There are two moving parts to Facebook: the social feed and Messenger.

Facebook proper is a tireless stream of long-form blog posts and big, splashy posts from #brands with links that redirect you to their site. It’s boilerplate social media, often at its worst.

About that feed: it’s fed to you. Facebook uses some advanced algorithmic flavor to curate your feed for you, which goes beyond what’s popular. Hot topics and posts favorited by your friends and family get top billing. Sometimes. Maybe.

It’s a bit of a blur, but that’s the point. Facebook has no ambition to reveal how it does its thing — you’re just supposed to sit back and use it and ignore its possible racism.

Messenger is a fairly standard chat platform with a lot of extras. You can do everything from request an Uber to play mini-games in Messenger and it’s available just about everywhere you turn.

Messenger is also a standalone entity, with Facebook forcing chats to Messenger rather than host them on your feed.

It’s not hard to figure Twitter out, even when you consider the sum of its parts.

You’ve got Twitter, which moves fast and breaks things — literally (yes, that’s a pun). At 140-characters, there’s not much long-winded nonsense you can spew. Tweetstorms are a thing, but used occasionally — just like ‘tweet longer.’

The 140-character limit may improve, but you’re still not going to be blogging on Twitter. You can host images and video on Twitter, but they may not have the synergy of Instagram.

Vine is for creators who make six-second snippets of video and dovetails nicely into what Twitter is. It’s fast, entertaining and often silly. It also spurns viral content, or spins it into something entirely more entertaining.

Periscope is the only Twitter entity without any kind of rate limit. You can live-stream until your phone dies, or keep it plugged in and go for as long as you like.

The catch there is that Periscope is for live broadcasts only and only hosts video for 24 hours after a stream has ended (you can save them to your camera roll, though). It’s about as ethereal as Twitter gets, but creates a sense of urgency around viewing.

It’s hard to dig yourself out of Facebook, which may be why studies show it’s better not to use it. Between streams of posts from your extended family and the cluttered interface (mobile or desktop, though desktop is much worse), Facebook is good at making you think you missed something.

Twitter, on the other hand, seems to like making you miss stuff. Though the algorithmic feed helps, it’s opt-out. Even if you choose to try it, chances are you’re not going to catch everything.

But the nature of Twitter lets you slip in, check out what’s been going on, then dart out — back to real life. It’s as powerful as Facebook when it comes to discovering information, but begs a fraction of the time.

You can DM via Twitter, but that’s not a proper chat application. Messenger is better for that, but is getting as bulky as Facebook. A simple chat app is quickly becoming a place where you check for messages, then stick around to do other things — stuff you can probably do better with other apps.

Nobody connects with loved ones on Twitter; it’s just not what the platform is for. You don’t typically say ‘did you see the picture Mom tweeted of her new puppy?’

But you’ll hear ‘Mom posted a picture of her new dog and it’s incredibly cute,’ where ‘posted’ insists it was on Facebook. For many of us, Facebook is for keeping up with personal things; it’s replaced interaction. That may trouble you — it may not. You may not even have realized it was happening, but it is and on a massive scale.

Twitter is typically for connecting to people you may not know (think about it — how many people did you know on Twitter before you signed up?). It’s equal parts professional networking and social snark.

It’s where opinions are shared openly because even the hate dissipates quickly. Even if you were to post something opaque about your best friend being a jerk, 140-character responses hurt a lot less than Facebook’s endless parade.

Similarly, people feel less responsible to interact via Twitter. Because posts flick away so quickly — and Twitter isn’t trying as hard to surface content from your family or friends via an algorithm — letting go is probably easier.

There is no contest

We like to talk about user numbers — specifically how Facebook is absolutely killing it — but there’s no competition between Facebook and Twitter. On almost every level, the two are different — comparable due to socialization, but not equal.

Messenger is great for chats and things tangentially related to communication, but using dedicated apps is still more feature-rich.

Live video is possible with Facebook, but Periscope is still far more popular. It’s also got more synergy and features for live broadcasts; Facebook seems to be dabbling rather than serious.

Vine is a wildcard, but in my opinion — far more entertaining than anything Facebook has to offer.

Twitter obviously allows you to share Periscopes and Vines via Twitter, but does a great job at also keeping them standalone entities. I may discover a Periscope broadcast via Twitter, but it redirects me to Periscope, where I can take full advantage of what the platform offers.

Facebook is a time investment and often an emotional one. That carries over to Instagram and Messenger, too; it’s hard to pull yourself away.

Twitter – even cumulatively – doesn’t ask as much of you and I can appreciate that. I get in, get informed and gtfo. I check out some Vines, see who’s on Periscope and respond to a few @-metions and DMs — all before I can even get one-third of the way through a Facebook feed.

There’s something to be said for having more time to experience things in real life instead of responding to everyone else’s digitally.

Read next: You can order the PlayStation VR launch bundle right now