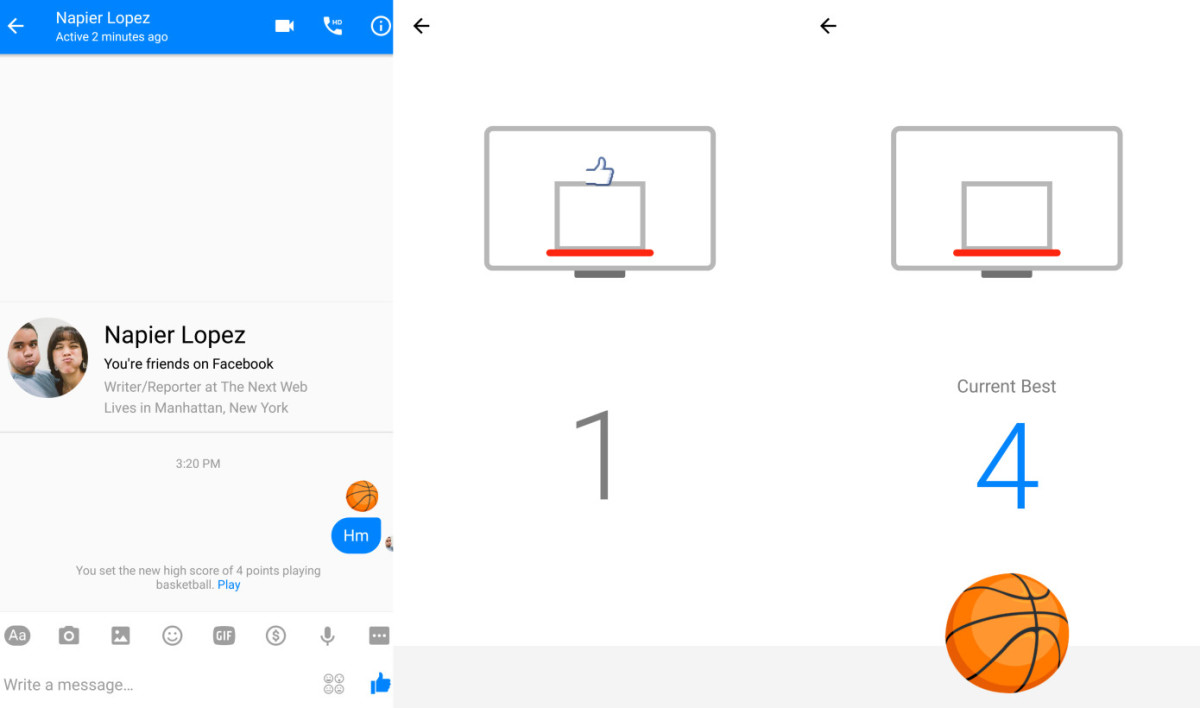 Looks like someone in the Facebook team has caught the March Madness fever; in a small update to the Messenger app, typing in the basketball emoji can enable a secret mini-game between you and a friend.

To start, just locate the basketball emoji (copy and paste 🏀, if you can’t find it in your growing emoji list), send it to a friend and click it to start the game. You’ll get a basketball placed in various locations on your screen, and all you have to do just swipe up toss the ball into the hoop. The goal is to challenge your friend to see who can get the most baskets in consecutively.

It gets harder though! After 10 points, the backboard starts moving, and after 20, it moves faster. We haven’t gotten farther than that to tell how much more difficult the game gets, so let us know if you’re breaking Guinness records for Facebook Basketball champ/Ultimate time waster.

It’s not the first time Facebook built a mini-game into Messenger; last year, it added a chess function to let you and a friend battle your logic skills out. You can start that one by typing in @FBChess.

If games aren’t your thing, you can also type in @Dailycute for… well, you should actually just go and try that one out. Thank us later.

Update 3/25/16: The game has now clocked in 300 million sessions since launch. Addicted much?

Read next: Privacy groups: Apple's fight is our fight and we need your help