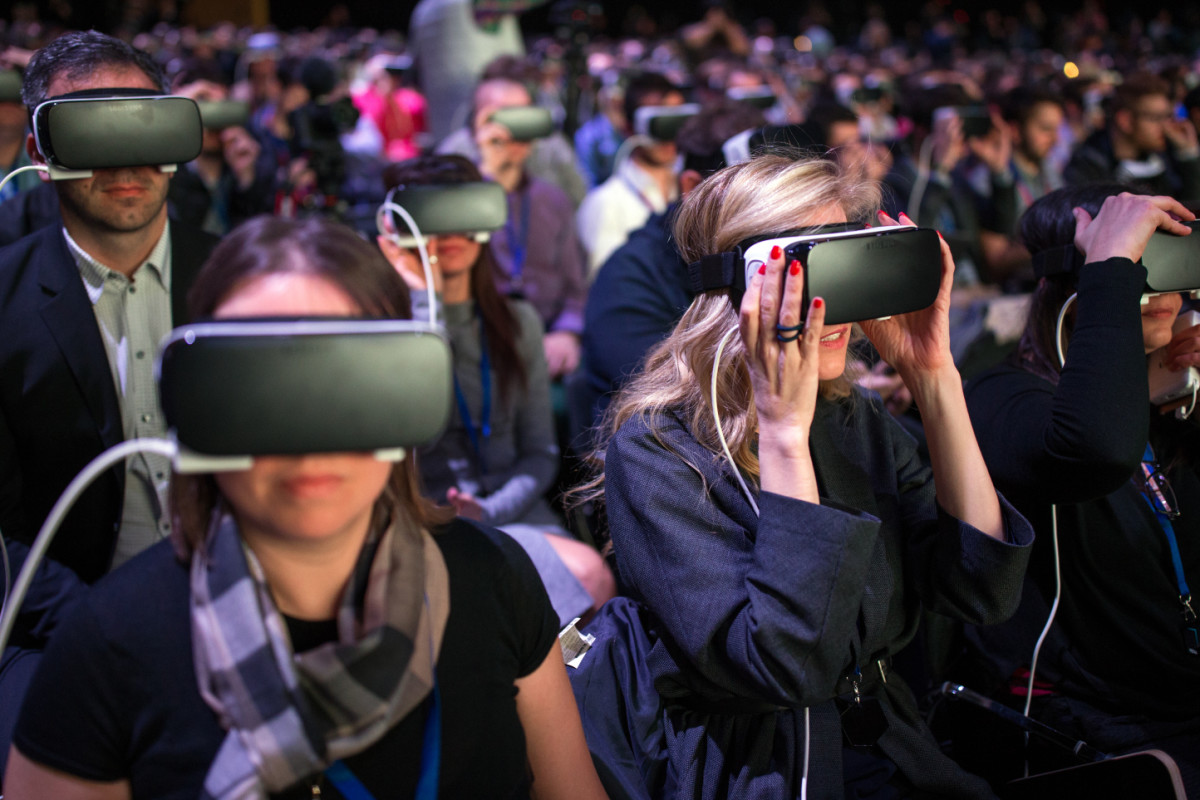 Specifically, he talked about the increased effort towards bringing a ‘Social VR’ experience to the platform, with a partnership from the Korean hardware manufacturer.

In an accompanying blog post, the company said that it would bring its new streaming 360 video to the Samsung Gear VR. Sharing that “millions” of people are already interacting with the more than 20,000 360 videos already available on the platform, bringing streaming to the system invites a whole new level of potential for interacting with others online.

Considering that people have already watched more than 1 million hours of video on the Samsung Gear VR — per Facebook’s data on the hardware’s usage — it’s clear the company thinks this new step will be a boon for the medium.

“Pretty soon, we’re going to live in a world where everyone has the power to share and experience whole scenes as if you’re right there in person,” Zuckerberg said onstage.

Additionally, the company has created a Social VR team that will work closely with Facebook acquisition and pioneering VR company Oculus to build new and novel uses that capture Zuckerberg’s vision of VR as a social medium.

VR is just barely getting off the ground, but it’s clear that Zuckerberg and his team are very bullish about where it will lead:

Our work in VR is still early, and there are a lot of hardware and software challenges that we still need to solve. But we’re encouraged by our progress to date, and we’re excited to continue building VR technology that gives people new ways to connect and share.

Read next: Sony's new Xperia smartphones arrive with a range of odd connected devices in tow