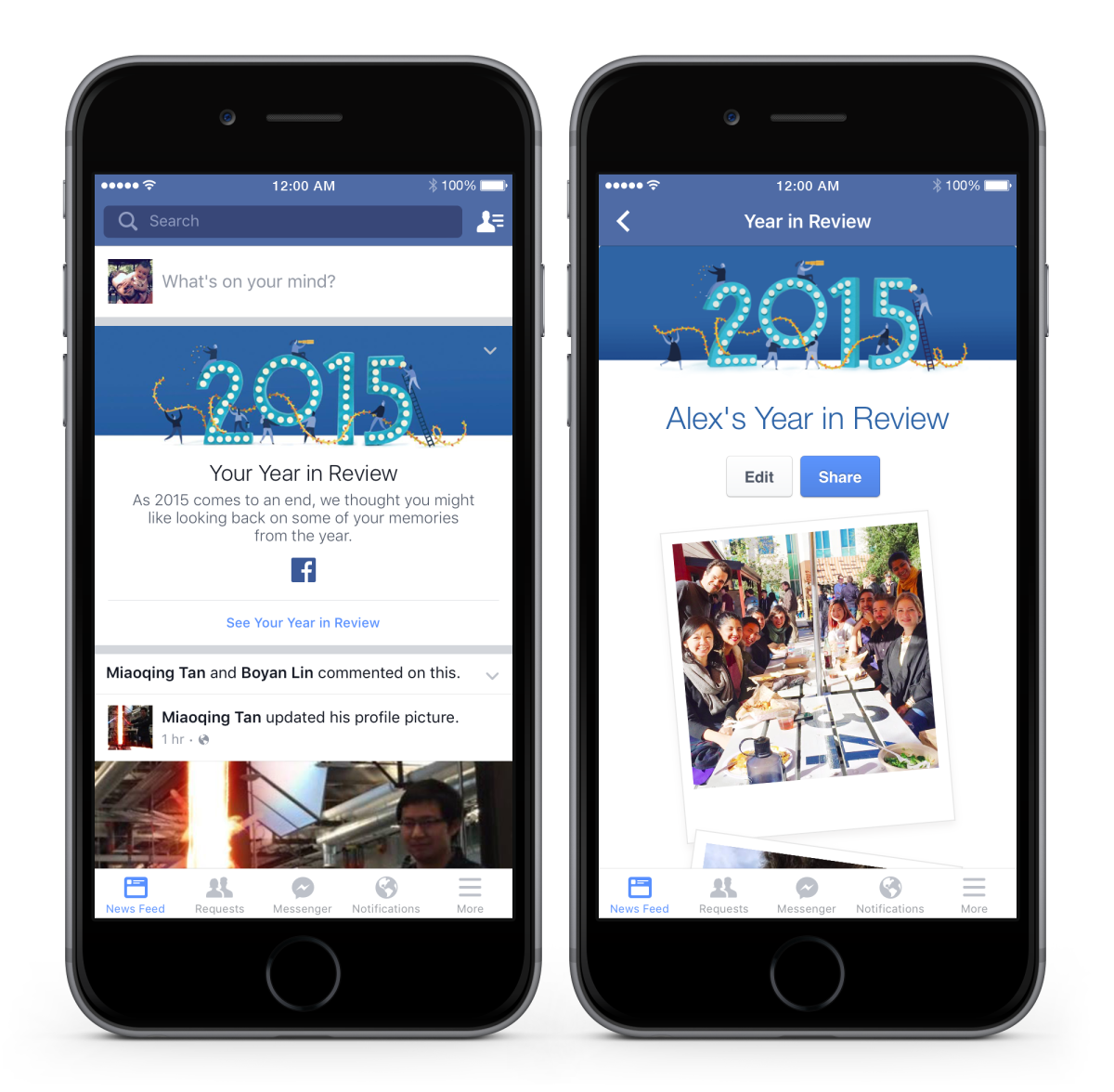 It’s that time of the year again: Facebook has launched its 2015 Year in Review tool, and this around it’s giving you a bit more control.

As with previous years, the tool recaps what Facebook thinks were your highlights of the year – or at least those you shared on social media.

However that algorithm-based system has it share of problems, so this time the company says it’s focused on both refining those algorithms and making it easy for users to correct any unfortunate inclusions on their own.

When the tool shows up on your feed, you’re first asked whether you want to see the collection, after which you’re presented with the option to either edit the images or share them.

By default, the app suggests up to ten photos, but you can replace any with other pictures you uploaded or were tagged in during the year. Similarly the specify who sees the collection upon sharing (or opt to keep it private).

Starting today, you’ll start seeing the Year in Review option show up on your News Feeds, although if you want to head directly to it, you can simply navigate to www.facebook.com/yearinreview.