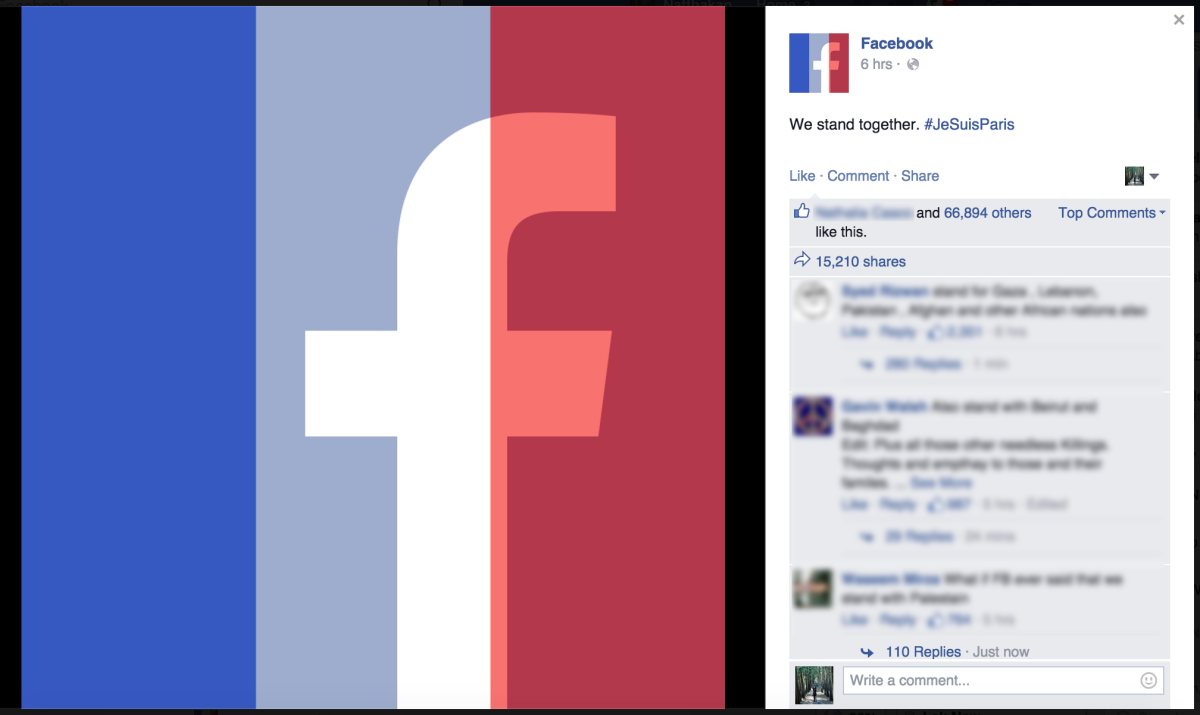 In the wake of the Paris attacks yesterday, Facebook has been quick to surface some of its tools to help users alert their friends and family of their safety. Now, everyone around the world can also show support by adding a French flag filter to their profile photos.

The filter is similar to what Facebook offered when same sex marriage became legal in the United States. You can set the filter to expire in a number of durations – one hour, one day, a week or more. The option is available on mobile and the Web.

On Twitter, supporters can follow the hashtag #PorteOuverte to help retweet those in Paris who are offering shelter during the country’s state of emergency.

Social media is often easily criticized for being ill-timed or for lazy hashtag activism, but in a time where the world is hurting, every bit of support helps. Some people believe in praying, others believe in displaying. Personally, I support any peaceful method of showing you care.

To add a filter on your Facebook profile photo, visit this page and look for the “Try it” button.

For more information on how to help the victims of the Paris attacks, consider donating to the French Red Cross or give blood to the local service on the grounds.

Read next: 'The Lost Arcade' is a documentary revisiting Manhattan's last penny arcade