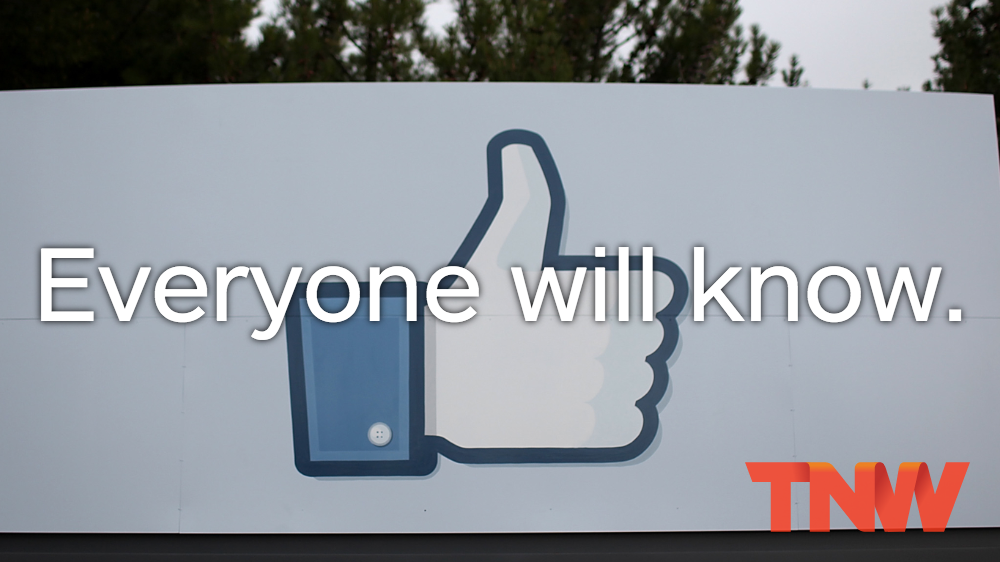 Some Facebook users have experienced a weird phenomenon: errors typing the phrase “Everyone will know” into text boxes. Sounds creepy, but looks true.

Posted on Reddit’s /r/mildlyinteresting, people saw errors when typing “Everyone will know.” Although initially it seemed there were errors only in comments, notifications of blocked content could pop up when posting in both public statuses, comments and private messages.

According to one error message, it might be a bit of a chicken and egg situation:

It reads less like a bug or censorship and more like a temporary ban designed to track and monitor spam errors. Perhaps users were contributing to a self-fulfilling prophecy rather than accidentally triggering some kind of secret censorship plan by Facebook.

The issue seems to be over now, so don’t rush to test it out.

We’ve emailed Facebook for a more detailed explanation, and will update this post when we know what’s up.

Read next: Mark Zuckerberg’s year of books: Portfolios of the Poor