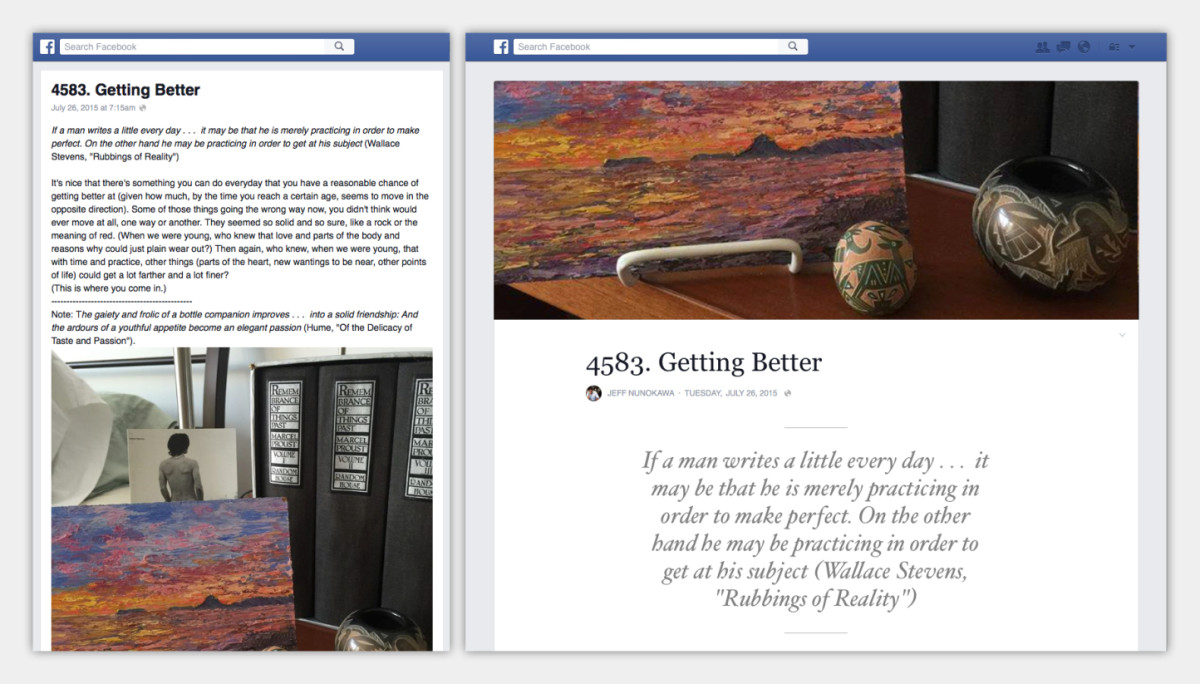 When was the last time you wrote a note on Facebook? It’s probably been a while, but the company now wants to change that.

Today Facebook is rolling out its first major update to Notes in a long time, essentially turning it into a blogging platform akin to Medium.

You can now add a cover photo as a featured image, for instance, as well as insert photos with captions. You can also format your text with headers, quotes or bullets.

I use Facebook on a daily basis and I haven’t seen a note written in years. Chances are the new interface will help popularize the old feature for the masses. It’s still pretty sparse compared to more established platforms like Medium or Squarespace, but for the average Facebook user not interesting in signing up for another platform, it may be enough.

The announcement isn’t unexpected, however; we first spotted the new Notes design back in August.

As we noted back then, it’s a sensible feature for the company, given its renewed focus on both hosting user content and become everyone’s primary news source; the new Notes is just another reason for you to never have to leave Facebook.

You can currently only create new notes on the Web, but you can still view them on mobile devices. To give it a try, head on over to Facebook.com/notes.