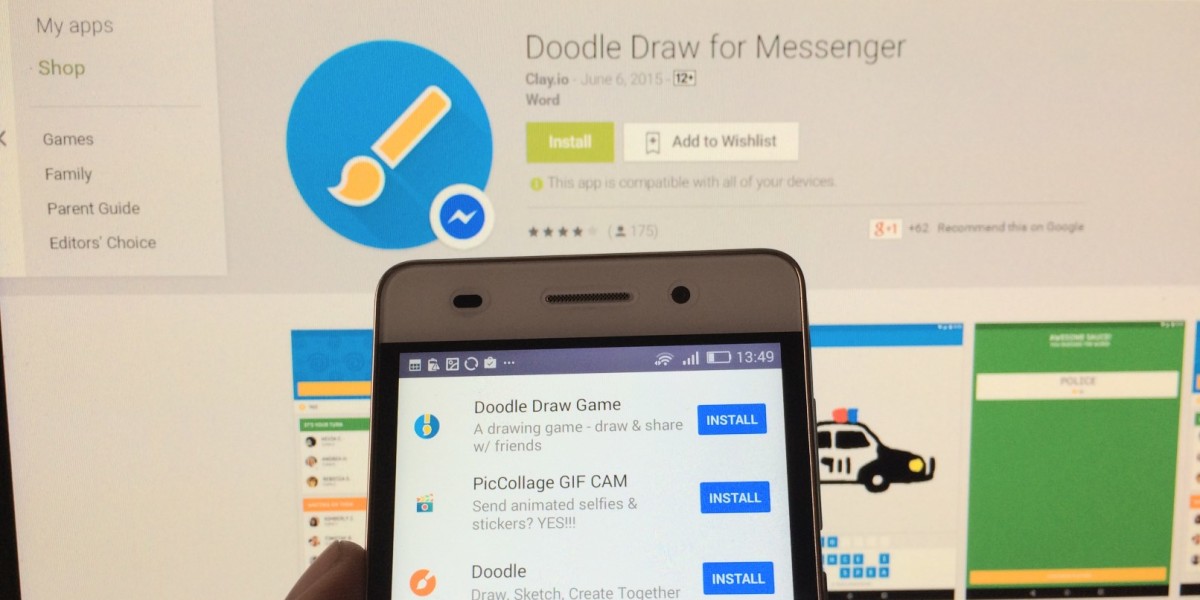 Facebook Messenger has finally got a game you can play while chatting. Doodle Draw, a take on Pictionary, is now available through the app.

You can find the game in Messenger’s overflow menu, alongside several utility apps. Of course, you’ll need to download it from the App Store or Google Play before you can have a turn.

Doodle Draw is the first game to be launched for Messenger after Facebook opened up the chat service’s API in March. The social network was initially interested only in content creation tools like GIF and meme generators, but it seems like it’s now open to other sorts of apps too.

Rival mobile messaging apps like WeChat, Line and Viber have hosted games on their services for a while now. They offer another revenue stream and keep users engaged even when they don’t really want to ‘chat’.

Games could certainly make Messenger more fun to use, but if it means more annoying invitations and notifications, I’m dropping off Facebook’s radar.