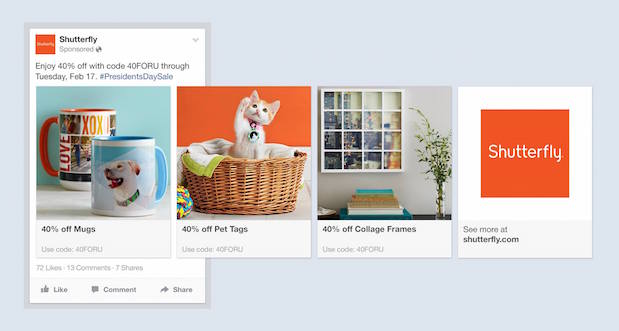 The idea behind these new product ads is companies can upload their entire product catalog and create ad campaigns that target specific types of people, or even let Facebook automatically show ads for the right products to the right people.

For example, a company can now automatically target a person who has previously visited their website or opened their app. Testing with companies showed a 20% increase in conversion, according to Kristi Argyilan, Senior Vice President at Target.

The new ad type is available today via the Facebook Marketing Partners API and will roll out in the Power Editor over the next few weeks.

Read next: Apple might be working on a VR headset for iPhone, even though Tim Cook doesn't like them