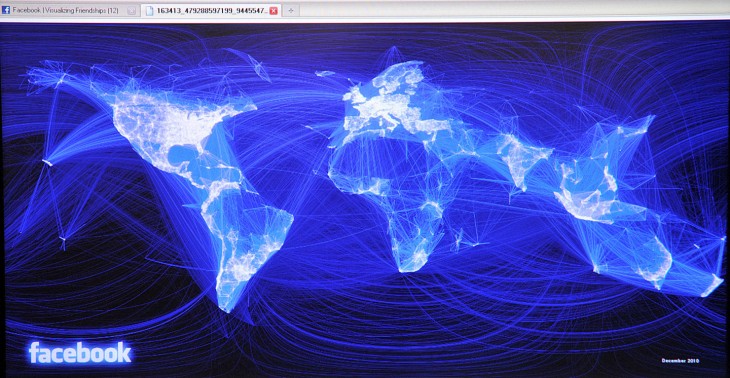 Every June and December, social media strategist Vincenzo Cosenza updates his “world map of social networks” to show what the most popular service is in every country. The latest update, for July 2014, reveals that Facebook now dominates 130 of the 137 countries worldwide tracked by Alexa.

In the last report, Facebook was king of 128 countries. The social networking giant has since conquered Latvia, dethroning Draugiem, and Moldova, where Odnoklassniki was the leader.

Back in December 2012, there were only four other social networks that were first in at least one country, and while this number has fluctuated a bit, we’re now back to five social networks (down overall from 17 in June 2009). Facenama has taken the place of Cloob in Iran, and the other three are QZone, V Kontakte and Odnoklassniki.