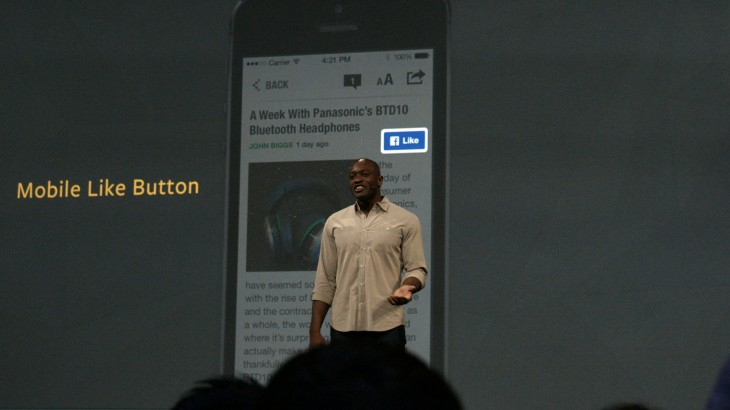 Facebook today announced a new Like button for mobile app partners. The feature is currently in beta and will be rolling out over the next couple weeks.

When the feature goes live, third-party developers will be able to drop Like buttons into their apps so that users can share content with their friends. Facebook previously supported the Like action with its Open Graph platform, but its new button taps directly into Facebook’s own liking system.

Check out our F8 2014 tag for all of Facebook’s announcements today.