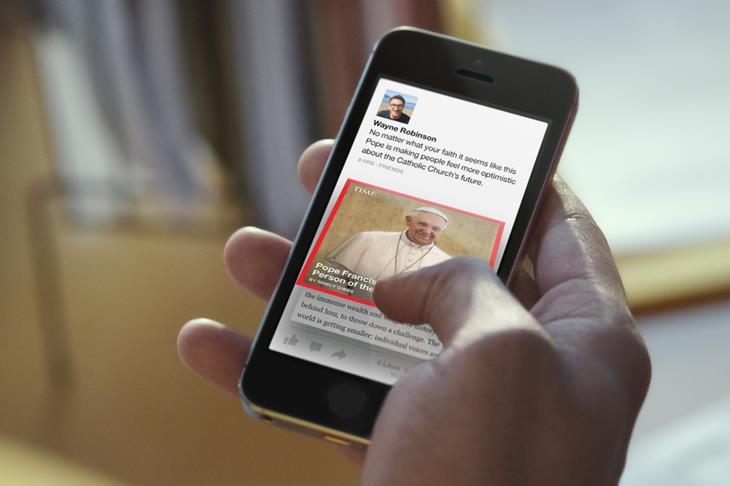 Oh dear. FiftyThree isn’t happy with Facebook’s decision to brand its new iPhone app ‘Paper‘. The company has an app of its own that uses the same name – it’s a well-known app for drawing on your iPad – and has picked up numerous awards since its initial release in March 2012.

In a blog post, FiftyThree CEO and co-founder Georg Petschnigg says it was “a surprise” to hear that Facebook had used the same name, and has since reached out to the company to understand their thinking. Although Facebook reportedly apologized, it didn’t say it would do anything about it.

“An earnest apology should come with a remedy,” Petschnigg said.

FiftyThree wants Facebook to come up with a new name for its standalone iPhone app, although that might be difficult given the exposure and promotion that’s already been created for its release in the App Store later day.

“An app about stories shouldn’t start with someone else’s story,” Petschnigg added. “Facebook should stop using our brand name.”

Paper is a concise and memorable name for an app, so it wasn’t surprising to see that Facebook had opted for it last week. After all, some of the most interesting mobile apps in recent years, such as Vine, Jelly and Circa, have used equally pithy names. Nevertheless, FiftyThree has effectively called “dibs” on this one – it built a brand around the word ‘Paper’ first and therefore feels that it should be able to continue doing so moving forward.

We’ve reached out to Facebook and will update this article with any further information we receive.