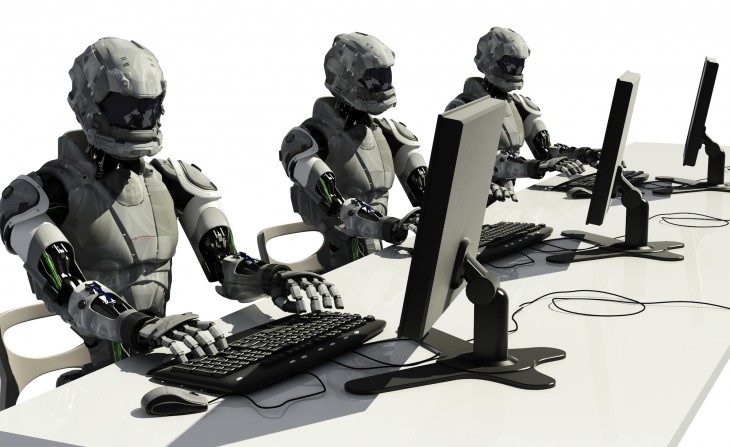 Many of us are trusting. We like to believe the best in people – in their honesty, integrity, and good intentions. For society to function, this is an inherently necessity of the majority.

But after writing an article describing the loss of organic Facebook reach, I was tuned in to an even more shocking situation that completely explains the massive growth in likes some readers reported on their Pages.

One of the reasons I love writing, and often still love reading comments, is that through my articles, I learn more about the world from others with experiences that run parallel to mine.

After my plunging Facebook organic reach piece ran, a reader who wishes to remain anonymous (for reasons that will hopefully become clear as I continue) pointed me to a baffling Facebook situation that, over the past couple of years, has spiraled out of control.

Let’s start at the beginning.

Monitoring your likes and interests

In September of 2013, my anonymous source (who we will call “Bob” for the sake of simplicity), seemed to have his popular Facebook Page, along with friends whose pages share the same general interest, added to the international Page Suggestions list.

What are Page Suggestions? In 2013, Facebook started to push its “Suggested Posts” or “Suggested Pages” ads and links to news feeds with the attempt to allow users to follow other brands that followed their similar interests.

Let’s say you, a Facebook user, is a noted fan of cakes and baking. Page Suggestions look at those interests, and you and anyone who has “cakes” or “baking” in their likes or is following a group along those topics is going to see pages that match the topic. For Bob, his Page was almost guaranteed to show up in his particular interest set.

On the surface, this is a cool concept, but like a lot of cool Internet ideas, it was exploited.

Almost immediately following their addition to these “International Page Suggestions” lists, Bob and his friends noticed their pages taking off at a ridiculous rate.

On the surface, Page Suggestions was working exactly as they were intended. Thousands of people who could and should like a brand if they knew it existed were finally being exposed to it! This granted access to a massive new audience, and a chance to really grow a business beyond expectations.

But it wasn’t all roses and sunshine. “After a couple of months I started to see a noticeable downturn in audience quality,” Bob said. “Despite good engagement numbers.”

If you read my article on Facebook Engagement, I briefly touch on our promoted posts getting likes and comments that appeared to be out of left field. This is much the same situation that Bob noticed on his pages, but on a much larger and slightly different scale.

Too good to be true

Bob decided to do some digging. It didn’t make sense that his engagement levels had not changed despite thousands of additional fans.

I started looking at some of these profiles, [and] the folks who were commenting [were doing so in] total gibberish. 99 percent of these commenters (and about 70 percent of the overall population [of the] increase on my page) are from India, Thailand, Pakistan, and Egypt.

In fact doing some more analysis, I realized a huge component of the fan increase was coming from those places, comments or no. If you check out their profiles you’ll realize they usually use some fake component of a name, a photo that isn’t theirs, and they have a massive volume of page likes by comparison to any other account activity.

What Bob was experiencing here has been reported before, but it has been normally linked to purchasing post promotion. In an article on Search Engine Journal from 2012 (back when promoted posts were young), Jake Filan noticed “profiles hadn’t had updates in more than a month, and a handful actually had no profile info at all, but these same accounts were extremely active, on a daily basis in some cases, at Liking Facebook pages.

“A pervasive red flag was that these profiles did not seem to have any discernible connection or affinity for the Facebook pages being advertised.”

When you do a little research on something called “like farming,” you’ll see what’s going on.

“What I discovered is that an increasing number of underpaid, downtrodden denizens in these developing tech nations get micropayments to do it, usually a dollar per thousand likes,” Bob said.

But you’re now probably wondering… why? What is there to gain? Bob did not pay anything, so why are these thousands of random profiles liking his page?

Slipping under the spam radar

On the surface, it makes more sense to see this behavior when money is involved, but that isn’t the case here. To explain what is happening, let’s bounce back to the aforementioned Page Suggestions.

In an attempt to avoid Facebook’s bot/spam detection, these “like farmers” diversify likes into Pages they have not been paid to target, or who aren’t paying to reach more eyes. It’s a much more clever way to slip under the Facebook spam radar, as the behavior appears natural and organic.

The simplest way to do this diversification of Page likes is to use Facebook’s own “Page Suggestions” feature.

“While this is probably more frustrating for me than for people whose Pages aren’t in the good graces of Facebook’s page suggestions, the worst part is that people who actually pay for ads and promotions are still victimized by this same practice,” Bob lamented.

“It means anyone who clicks ‘Boost Post’ and pays for reach, unless they block those countries listed above or intentionally target them out, are getting 80 pecent ripped off.”

What was thought to really only be linked to Facebook ads is actually a much larger problem, filling legitimate and popular Pages with an increasing percentage of spam and bots.

The business of selling likes and selling contest entries is a seedy, dark one indeed. As reported by the Daily Dot, author Cody Permenter goes into detail on how these sweat-shop like businesses set up and run.

“For a fee, [businesses] would deliver votes for any online competition you can imagine, from Facebook contests (where you’re asked to like a page to enter) or generic sweepstakes that only require you to fill out a form,” Permenter wrote.

There are a range of businesses set up to do this, and their fees range in price per 1,000 likes or contest entries. One of those businesses clearly states the nature of what they do on their on Facebook page, but Facebook doesn’t seem like they have noticed nor care. This particular company, 99 Enterprises, is still up and running.

“It’s a pretty frustrating situation which I’m powerless to stop,” Bob continued. “I could turn off page suggestions to my page, but then I risk losing the legit fans I’ve gained through the page suggestions process – probably totaling about 150,000 people. Certainly nothing to smirk at.”

Bob believes that one day, Facebook will recognize the problem and purge the fake profiles. But by that time, Bob worries that the sudden spam fan decrease will actually end up damaging his page.

“The outward appearance to my real fans will be that I bought a s**tload of fake likes, which isn’t the case and will be severely damaging to the social media aspect of my business,” he said. “And those people who actually paid for the reach, without knowing, actually did buy fake likes!

“In the meantime all I can do is target out those countries in my posts, and try to increase authentic engagement via the comments section.”

Unfortunately, due to Facebook’s limitation on organic reach, this strategy is much hampered compared to just a few months ago. It’s an almost no-win situation.

How does one get added to an international suggested pages list?

It’s not entirely clear. What is for certain is that if you have “Page Suggestions” enabled on your Page’s profile, you are eligible for this treatment.

Facebook will likely look at pages that have good original content and high engagement for the treatment, but there does not appear to be a surefire way to be selected.

Of the group of four friends, including Bob, their pages grew from anywhere between 30,000 likes and, in one extreme case, over a million. But just looking at their page stats tells the story: countries known for this type of “like farming” business are right at the top.

In addition to all this, Bob noted he saw an enormous increase in what is known as “share for share” or “s4s” requests hitting his site.

These bots/spammers can make themselves more difficult to find by continuing to diversify their likes and friends. That appears to be the strategy here. Whatever the case, it’s a headache for page moderators, who will have to spend more time gleaning the spam off their pages.

The marketplace is full of lies, deception and spam, and Facebook could easily find them. Just look at this Facebook Group dedicated to buying, selling and exchanging likes for pages. It’s not even hidden or discreet.

Facebook will need to do something about this by increasing the strictness behind their process for finding bots and spammers. It appears at this point that if a bot/spam page likes a good enough variety of pages and comments occasionally (even if the comments are complete gibberish), it’s enough to slip by unnoticed.

Facebook early on admitted to over 83 million profiles on their site to being likely fake, and those are only the profiles they know about.

Read next: James Middleton, brother of the Duchess of Cambridge: The man behind Boomf’s Instagram marshmallows