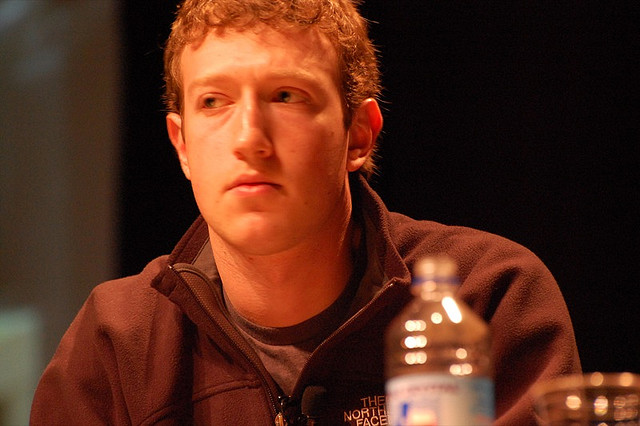 Now that Facebook is all grown up, it’s nice to take a stroll down memory lane every now and then. Thanks to a tweet from Matthew Keys, we’re reminded of just how far Zuckerberg’s company has come since its early days.

In an article on The Harvard Crimson, dated February 9th, 2004, the publication discussed the new site launched by the young student Mark E. Zuckerberg:

After about a week of coding, Zuckerberg launched thefacebook.com last Wednesday afternoon. The website combines elements of a standard House face book with extensive profile features that allow students to search for others in their courses, social organizations and Houses.

Just in case you’ve never read this article before, it’s chock full of interesting quotes from Zuckberg on the launch of Facebook’s original incarnation. Especially this one:

I’m pretty happy with the amount of people that have been to it so far. The nature of the site is that each user’s experience improves if they can get their friends to join it.

The amount of people at the time of the article? According to The Harvard Crimson it surely wasn’t anywhere close to a billion:

As of yesterday afternoon, Zuckerberg said over 650 students had registered use thefacebook.com. He said that he anticipated that 900 students would have joined the site by this morning.

Zuckerberg anticipated 900 users by the morning the article was published, but did he anticipate the 900M that the company boasts in 2012, as well as going public? Who knows, but one thing we do know is that in 2004, he was just focused on keeping the site fun:

I’m not going to sell anybody’s e-mail address. At one point I thought about making the website so that you could upload a resume too, and for a fee companies could search for Harvard job applicants. But I don’t want to touch that. It would make everything more serious and less fun.

Keeping the fun intact will be hard to do with public investors watching your every move, but somehow I think Zuck can handle it.

Read next: Roadninja adds gas prices to help you decide on which highway exit to take