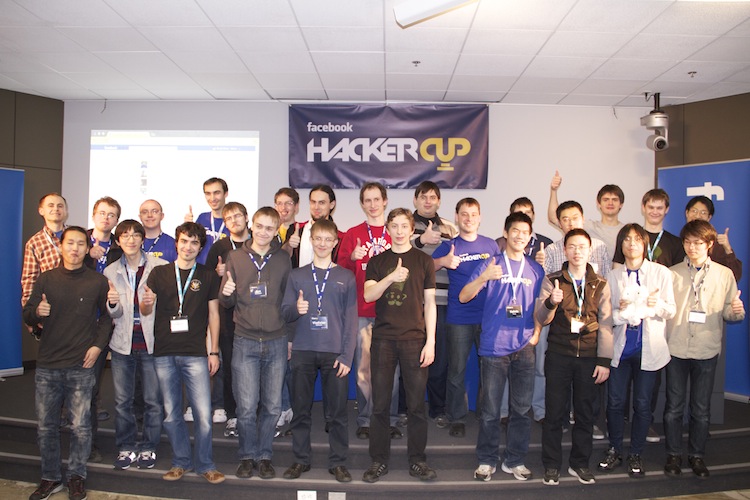 The Hacker Cup kicked off at around 10am this morning at Facebook’s office in Menlo Park and lasted for three hours. The best of the best programmers from around the world competed by taking a stab at three separate problems.

As we noted earlier, not one competitor finished all three problems last year and the same rang true this year. Based on speed and accuracy, the winner completed one problem only 1 minute faster than the second place contestant.

Roman Andreev won the Hacker Cup and gets his name placed on this awesome (and really heavy) cement trophy along with a check for $5,000:

Here are the top three competitors from this year’s Hacker Cup:

Facebook plans on holding this competition every year around this time, so keep your eye out for signups to open to be the Hacker Cup champ of 2013.

Read next: From Myspace to encyclopedias, here's the week's media news in review