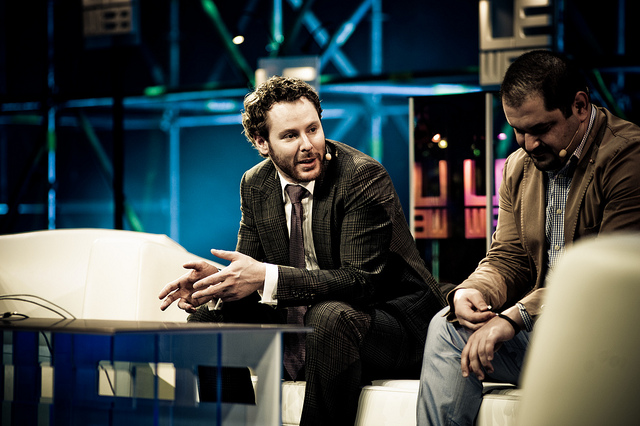 Former President of Facebook, Sean Parker, did an interview with CNBC today in which he discussed Facebook’s “inevitable” IPO and applauded Mark Zuckerberg for keeping the company private for as long as he has. While Parker didn’t provide any insight as to when the public offering would be made or at what valuation, he did admit that the public push for Facebook shares can’t be ignored:

To the extent that there is any bubble in technology at all, it is really a bubble around Facebook in the sense that there is a huge amount of pent-up demand among retail investors for access to Facebook equity.

Our sources say that the IPO could happen as early as next Monday, but it’s anyone’s guess at this point.

In the interview below, Parker discusses how ironic it is that Zynga, which has found success with its games by piggybacking Facebook’s social graph, went public before Facebook did.

Notice that the interview started to go south when questions about Justin Timberlake’s portrayal of him in “The Social Network” started being asked. Let’s keep it to tech folks, shall we?

Read next: Copyright enforcement gone wrong: Universal takes down a song it doesn't own