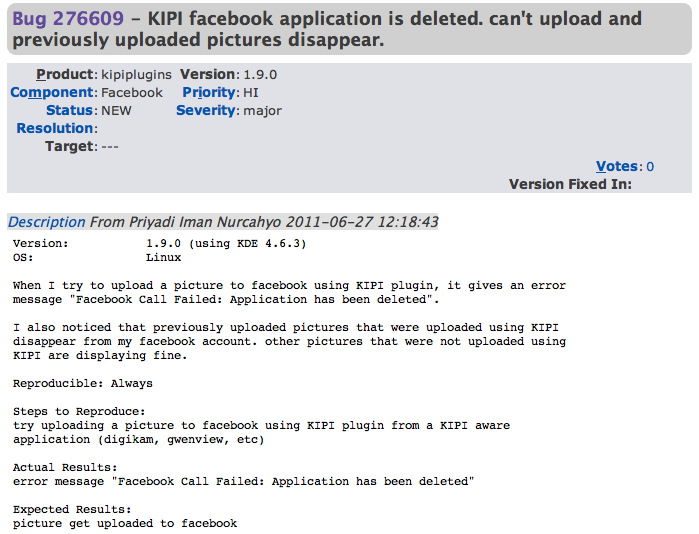 NetworkWorld reports that Facebook has not only blocked KDE apps from uploading without warning, but it has also deleted photos that have been uploaded using the KDE plugin.

The KDE Image Plugin Interface (KIPI) is an open source Facebook plugin that lets users upload and download photos with Facebook. It is used by applications such as digikam and gwenview, among others.

It is still uncertain if Facebook will be able to retrieve the photos, or what the reason behind the ban of the application is, but as Joe Brockmeier puts it, it’s not new and it almost certainly won’t be the last time that the world’s biggest social network mistakenly blocks a legitimate app or fumbles user data.

If you’re lucky enough to have eluded this incident because you’re not using any KDE app, don’t think that all your data is safely intact. You should be aware that this kind of error could potentially happen to any file that is stored in a shared space.

Just remember that it’s still best practice to keep local backups and never assume that once it’s on Facebook, it’s there forever.