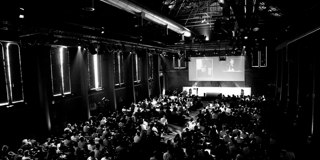 Facebook is the leading social networking website in most countries today with over 640 million users worldwide. In fact, if the Alexa site ranking is to be believed, Facebook holds the second spot globally, just behind Google. Currently, it is still 360 million short before reaching its goal of 1 billion Facebook users in 2011. Here’s an interesting graph from Pingdom that illustrates the countries Facebook has left to conquer.

Aside from Brazil, the red parts, which indicate countries where Facebook is not on top, are mostly in Asia. How important is Asia for Facebook to reach its goal exactly? According to SocialBakers, there are currently more than 147 million Facebook users from Asia. This, however, only represents a 17% penetration rate in the region. Interestingly, I found out that in the Asian countries where Facebook is not dominating, there are other social networks that hold the spot. And here’s a list of the Top 5 biggest.

Sina Weibo is a Twitter-like microblogging site from China. The microblogging service is currently growing at around 10 million users per month, and expects to exceed 150 million users this year. It recently rolled out two new features that are unique from Twitter – voicemail weibos and direct video uploads. It is, however, only available in simplified and traditional Chinese.

Mixi was initially seen as the Japanese answer to Friendster, around the same time Facebook was starting out at Harvard. The focus of Mixi is “community entertainment”, that is, meeting new people by way of common interests. It has more than 22 million users and an 80% share of the social networking market in Japan. The word Mixi is a combination of mix and I, referring to the idea that the user, “I”, “mixes” with other users through the service. Registration requires a valid Japanese cellphone number, which bars anyone who is not a resident of Japan.

vKontakte is social networking site that is popular in Russia, Ukraine, Belarus, and Kazakhstan. It is very much like Facebook in the social networking sense but with a distinction of integrating torrent filesharing technology. As of February 2011, VK has around 135 million accounts. In English, В Контакте or V Kontákte translates as “In Contact” or “In Touch”.

Probably the most different among the batch is BlogFa, which is a free Persian blogging platform very much like Blogger and WordPress. Studies reveal that high levels of discussion happening in BlogFa are about news and politics. Facebook only ranks 27th in the country while BlogFa ranks 3rd.

Zing Me is a popular social networking site in Vietnam, where it has twice as much users as Facebook. It is a diverse entertainment portal which provides access to news, music, social networking services, gaming, instant messaging, and online payment. What makes it so popular is the ZingMP3, where users can listen, embed and download songs for free, and ZingPlay, a collection of over 20 mini flash games.

Of all these countries, Facebook is blocked in China and Vietnam. The global penetration rate of Facebook is at 27%, with America being the biggest contributor at 65%. We’re actually seeing efforts from the social networking company, such as the recent opening of a Facebook office in Hong Kong. Just imagine the amount of users it can amass if it manages to raise Asia’s penetration rate to at least the global average.

With that said, I have 2 key observations among the dominating Facebook counterparts. First is that they are not exactly Facebook clones. While a lot of of the essential social networking features are shared, we have vKontakte, which offers peer-to-peer file sharing and Zing Me, which focuses a lot on music and gaming. Secondly, these sites are not even available in English unless you want to torture yourself with Google Translate. This is one of the reasons why these social networks thrive in its respective local communities, especially in Japan where language is not the only barrier, but having a local cellphone number as well.

Will it be worth it for Facebook to address and cater to these different needs? We’ll save that discussion for another post. Regardless, the social networking giant can learn a thing or two from these sites about local flavor.

Read next: Songwriter’s iPad: A beautiful app for writing lyrics