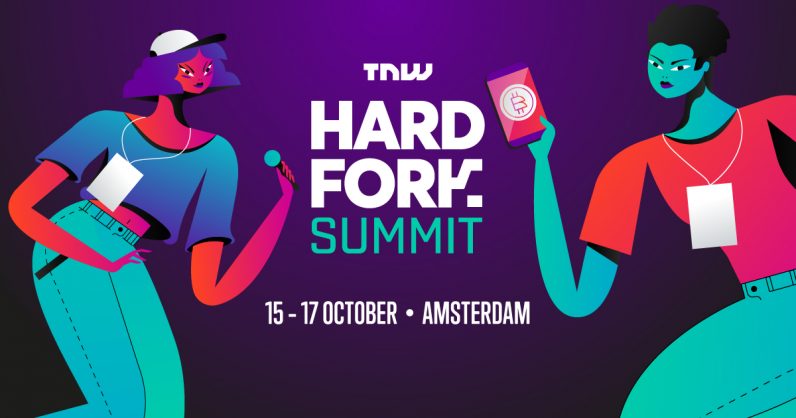 The Bitcoin hype may have died down, but the tech behind it definitely hasn’t. With Bitcoin’s price on the rise again, and with major companies adopting and experimenting with blockchain, the way we do business, make payments, and perceive the value of money is about to change.

As we find ourselves at the intersection of finance, business, and blockchain, it’s the perfect time to join forces with leading experts to shape the years to come. That’s why Hard Fork Summit, our annual event, is back for a second edition on October 15-17. Held in Amsterdam, we’ll host roundtables, panel discussions, keynotes, and networking sessions to discuss how blockchain is shaping financial services and business operations.

We already have several headline speakers confirmed, from leading companies like Consensys and Ripple. Here’s a taste of what to expect:

At last year’s Hard Fork event, Kavita spoke about the future of blockchain:

Dan Morgan is the Head of Regulatory Relations in Europe for Ripple. He works closely with central banks, governments, and financial regulators, discussing Ripple’s role as a fintech service provider. Dan previously worked as the Fintech Sector Specialist for the UK’s Department of International Trade.

With his extensive experience in fintech, regulation, and now blockchain, he’ll provide invaluable insight into the future of these industries, and how they’ll continue to work together.

Sally Eaves is a CTO and thought leader in emergent technology, online media, and digital disruption. Her goal is to support business success, educational development, and social innovation through her efforts. She’s been described as the ‘torchbearer for ethical tech,’ and advocates for using tech like blockchain for social good.

At last year’s blockchain event, Sally joined us to speak about women in the industry, alongside Kavita Gupta and Elizabeth Schulze:

If you’re working in blockchain, finance, or business, and you’d like to learn more about how these industries will continue to join forces, meet us in Amsterdam on October 15-17. Early bird tickets are now available — get yours now.