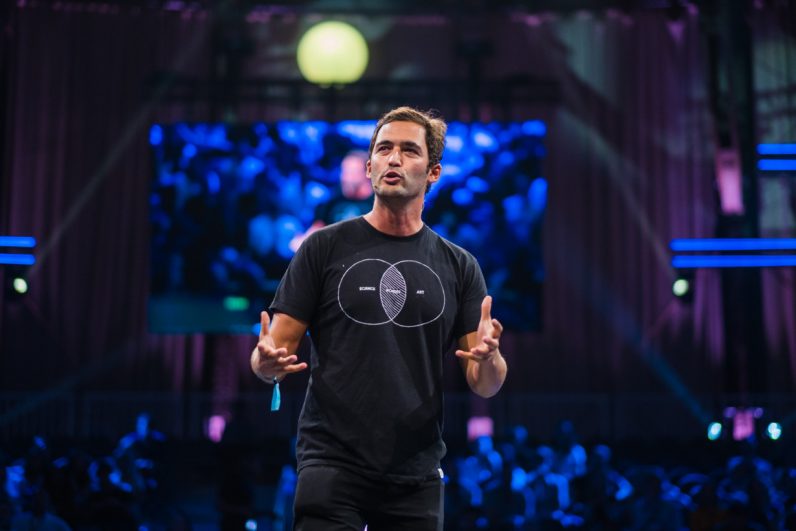 Tech experts from MIT, Headspace, Stripe, and more, came to TNW Conference to tell us about how we can harness technology to benefit future generations. So, how do we ensure that what lies ahead is bright?

This took place at the Future Generations track at TNW2018. Did you miss it? Don’t you worry — we caught it all on tape. So, let’s recap.

You might know Jason from the TV show Brain Games. He’s hugely positive about technology and, at his Future Generations talk, he made it clear that we should be too.

“There is poetry in what can be possible,” he said. His goal was to get people away from fearing our future, and to generate enthusiasm about technology’s next big step: the singularity.

“Technology is growing exponentially, but humans tend to think linearly. This means that we simply can’t predict the future of tech. We have to be exponential thinkers to embrace it, so we can author the world we want to live in.”

Jason went on to explain three emerging tech fields that are adapting what it means to be human: genetics (biotechnology), nanotechnology, and robotics (artificial intelligence). His message is that it’s up to us to harness them in a positive way.

“I’m a video guy. Storytelling is a huge part in ushering in the future we want. Tech has always been a double-edged sword — it can extend, but it can also amputate. So we need to be inspired, optimistic, and forward-thinking.”

Jason said that in order to inspire, we need to touch minds. He mentioned making the world a better place by redefining what it meant to be a billionaire. His exact words were: “What if being a billionaire meant positively touching a billion people?” In case you’d like more context, you can watch his full talk right here:

Rich was interviewed and asked some personal questions about the past, present, and future of Headspace. He stated that the goal of the app is to create happiness in every stage of a person’s life and to make the world a better place.

Ciara asked him why the app is so effective, and how it has managed to capture the male demographic so well. He replied:

“50% of our users are men. I think the reason why men, and everyone really, uses the app is because they don’t have to tell anyone about it. Whether it’s depression, anxiety, or stress, people don’t want to talk about their problems. Headspace lets them do it in a private way.”

Rich discussed one of the most popular packs on the app:

“Andy, my business partner and co-founder of Headspace, was diagnosed with stage four cancer. It was incredibly difficult for everyone — we didn’t think he was going to make it. That’s one of the reasons why the cancer pack got made. I won’t tell his story, but going through that taught him a lot. All his experience went into that pack, and we get incredible feedback from our users.”

Ciara responded by saying that it isn’t always the case — in fact, there are many critics of Headspace. She asks Rich how the company deals with people who think that the app isn’t a proper way to deal with large issues. Rich responded:

“I genuinely think that it’s a valid point. That’s why we make it clear in the app. It’s really just meant to be an aid in conjunction with professional services. On the other hand, we’re conducting huge professional studies in meditation, which are going to have a large impact on the scientific measures of the benefits of meditation.”

To hear more about these studies and the future of Headspace, you can watch Rich’s interview here:

Nelly Ben Hayoun, Founder of University of the Underground

It was Nelly’s birthday on May 25th, and we celebrated with her on stage! It was my birthday too, but she probably deserved the cake more than me, since she created a university with 100 percent scholarship funding for every student. Fair enough.

Apologetically French (she actually apologized) and boldly dressed, Nelly took the stage and introduced the University of the Underground. It aims to democratize education and support diversity, while providing a masters degree in multiple artistic disciplines. The best part? Classes are hosted in the basement of a nightclub. I think it’s time to go back to school.

You can hear more about how Nelly’s vision of education will change the way we learn, by watching the full talk:

Were you hoping to get a recap of another talk from the Future Generations track? We’ve uploaded all of them on our YouTube channel. Go and check it out!

The track featured many more speakers like Danielle Wood, who works at the MIT Media Lab, and John Collison, co-founder of Stripe.