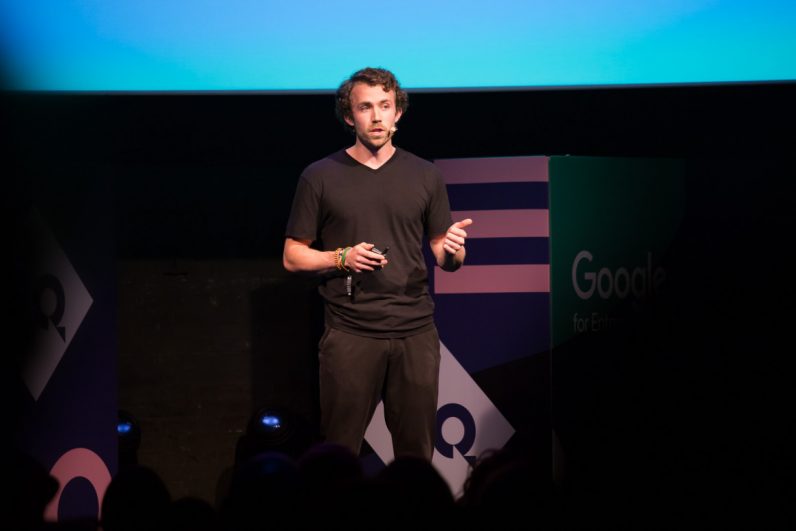 “There’s so much to do, and so little time,” says Connor Swenson, from the Partnerships team at Google for Entrepreneurs, as he explains how time is finite. There’s not a whole lot you can do about it in the office, except work more productively. As he tells the audience at TNW Conference: “I don’t have a magic life hack, but I do have some tips and tricks to boost your productivity. This is what we teach at Google.” So what did we learn from his talk?

Connor explains that we have four main kinds of energy: physical, emotional, mental, and spiritual. There are ways to find more energy in each type. For physical energy, sleep is a really important factor. Connor tells the audience that he turns off his laptop and phone at 10pm every night, to prepare his mind for sleep.

Emotional energy comes from having more ‘me’ time. Connor carves his out at lunch time, where he makes sure to sit down with his team every day to eat and discuss non-work things. “But it can be whenever works for you,” he says. “Whether it’s having breakfast with your family, or reading a book before bed.”

Mental energy is about ensuring that you don’t burn out mid-day. “Use your breaks wisely,” Connor advises. “Don’t just spend them scrolling through your phone. Go back to your four sources of energy, and try to replenish them.”

Finally, spiritual energy is about “aligning with the values you have,” Connor says. For him, it’s trying to help someone out every day. He jokes that it’s actually selfish, since he’s doing it to replenish energy.

You can’t change what you can’t notice

Connor proceeded to give the audience an introduction to meditation. After we finished inhaling and exhaling, I’ll admit that meditation isn’t my cup of tea. Then Connor said something that resonated. “Meditation doesn’t have to be about big life decisions. It’s just about taking a second to be aware of the things around you. You can’t change what you can’t notice.” This can apply to things beyond yourself, such as the problems at work. “At Google, we try to take a minute before and after meetings to be aware of each other,” he said.

There’s multiple ways to master productivity, and it varies from person to person — what works for others won’t always work for you. That’s why Connor says to experiment, and find your own formula. He also says to avoid beating yourself up if you fall off the wagon: “It’s okay to start small. Perfection is not required.”

Read next: You can successfully hack a $2B cryptocurrency network with only $1.5M