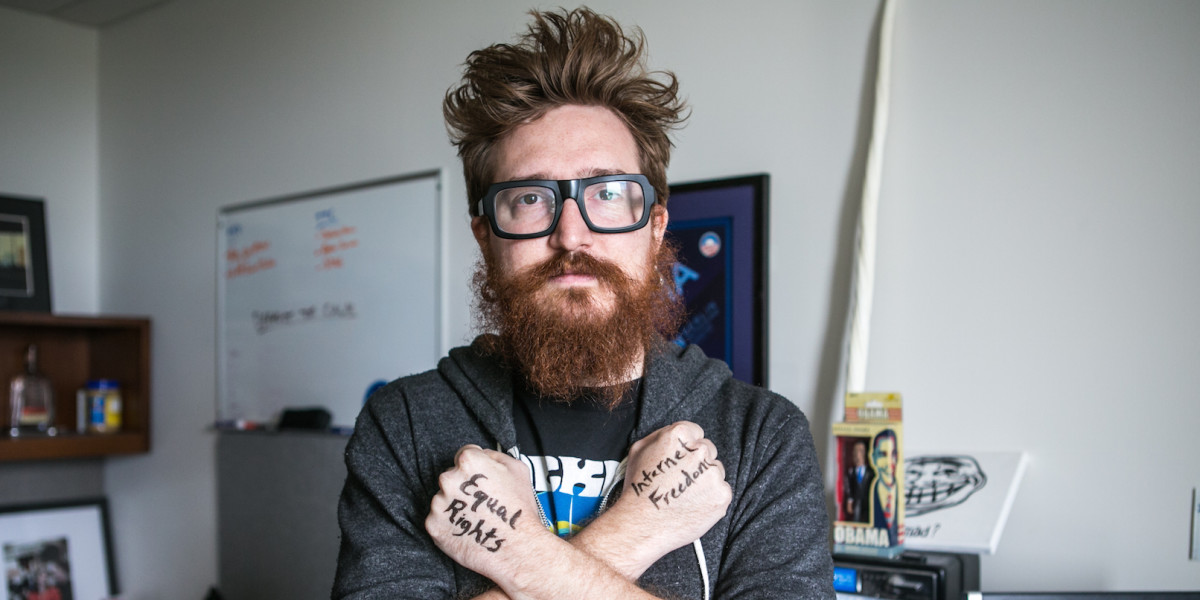 Catch ex-Obama Campaign CTO and Modest co-founder Harper Reed, along with many other top-class speakers, at TNW Europe in Amsterdam this May. Get your discount ticket.

“I am awesome.” That’s how Harper Reed’s Twitter bio begins –  hardly something you’d expect from a founding member of a service called Modest.

The thing is, Reed is rather awesome and has no need for false modesty –  he has, after all, achieved an awful lot in his 37 years.

In 2012, he was hired as Chief Technical Officer for Obama’s re-election campaign. In this role, Project Narwahl was Reed’s main responsibility, which provided campaign workers from across the country with voter information. He also helped build a team of developers from tech companies like Google, Twitter, Facebook, Craigslist, Quora, and Orbitz.

Hiring technology workers from tech startups rather than the political realm was a novel approach, and Reed claims that his experience as a hacker gave him the right risk-taking mentality to face the challenge and help lead Obama – labeled America’s first ‘internet President’– to victory.

It was during the campaign –in which Reed and the director of engineering, Dylan Richard, found themselves in “the world’s biggest e-commerce lab,”– that the idea for their own company began to form. Noticing that buying things on phones were not as easy as they could be, the two sought to provide their customers with the ability to buy from anywhere in just a few taps. And so Modest was born.

Modest is a SaaS platform that helps merchants create better shopping experiences for their customers. Businesses can use the platform to easily create their own app, or integrate their stores within existing ones.

It also has a suite of tools to help merchants add buy buttons into other channel marketing efforts, as well as for seamlessly selling products on third-party sites. Shortly after its launch, Modest received backing from the likes of Google chairman Eric Schmidt, Greylock Partners, 500 Startups and others. Realising its huge potential, Paypal acquired Modest in 2015, rebranding it into Paypal Commerce.

While he continues to work on innovating e-commerce, Reed’s focus now lies on perfecting “contextual commerce” – using data from devices, apps and websites to provide customers with a seamless way to make payments and purchases wherever they happen to be online. With this form of payment already starting to build steam since the roll out of Apply Pay, its role has quickly been cemented into the future of e-commerce. In other words, you can’t afford to ignore its potential impact on your company for much longer.

Luckily, if anyone can tell us what we need to know, it’s Reed. Don’t miss your opportunity to catch the man at the forefront of this development at TNW Conference in May.

Read next: 5 best practices to design, build and launch your product in just a few months