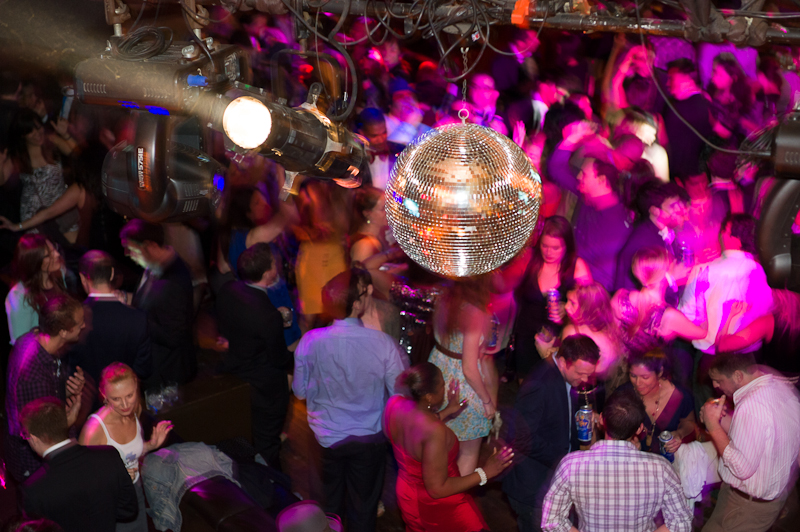 For the tech and media elite who made it above 14th St last night for the 4th annual ‘Unruly’ Webutante Ball, I hope your hangover has finally started to subside. Last night’s big event, founded by Gawker TV head turned Thrillist managing editor, Richard Blakeley drew over 700 people to the Marquee nightclub in NYC with hundreds more waiting outside to get in the door.

“The Prom for Geeks” has gained national attention for its superstar guest list, including founders and CEOs of the trendiest New York tech companies, a slew of hotshot venture capitalists, television personalities and Manhattan’s media moguls (not to mention every hipster reporter from Brooklyn).

So who was there this year? Last night, we saw Ben Lerer and Adam Rich, the co-founders of Thrillist, Rick Webb, an investor and the co-founder of the Barbarian Group, Gary Sharma of Gary’s Guide, Peter Feld from Scooter, Jennifer Wright from The Gloss, Seth Porges from Forbes, Travis Helwig from Aereo, Preston Charles from MTV, Jason Comis from Bravo and Aubrey Sabala from Sailthru.

From the very same team that won The Next Web Startup Rally, Lauren Appelwick and Reece Pacheco of Shelby.TV took home the crown as King and Queen. For a photo of them and everyone else in the crowd, scroll through the below. And for a saucy rundown of who said what, check out Betabeat’s coverage including a not-so-nice quote from man-about-the-town Rick Webb who said, “Webutante had become “PR people and hangers-on.” Eek.

And this tweet pretty much sums up the night!

Want more? Check out the results from the awesome photo booth here. And get excited for next year!