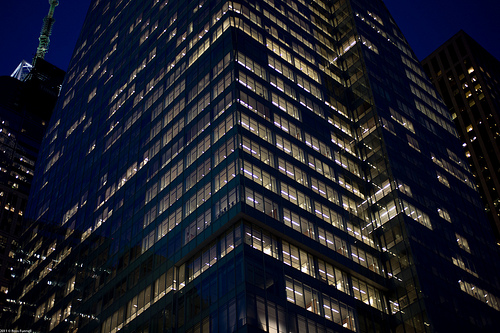 This past weekend Aviary, a startup that offers a free suite of online photo-editing tools and General Assembly, (one of the 5 coolest coworking spaces in New York City) hosted Photo Hack Day, the world’s largest photo hackathon, right here in NYC. At General Assembly, the room was packed with NY’s best developers and designers, along with other hackers from around the country. Somehow, in between the insomnia burrito eating contest and last minute naps, Photo Hack Day showed New York’s potential as a permanent tech hub.

New York’s startup scene is growing, and the world knows it. With companies like Foursquare, Tumblr, Etsy and Kickstarter, it’s hard to doubt the rush of success that is happening here. Startups from around the world (such as California and Israel) flew in to be apart of the event. New York harbors so much talent, and hackathons gather them together in one room.

Hackers worked through the night, building applications like a frat house collects Dave Matthews albums and reinventing the term “photo developers” for the digital age. One thing was clear after the weekend: Face.com, an Israeli start-up focused on facial recognition, was the winning API. Connecting to Face.com’s API allowed hackers to identify Facebook friends and emotions such as happy, sad, angry surprised and neutral. Of all the hacks, hardly any were made by one-man teams, bringing developers and designers together. If this is what happens in 24 hours, just think of what will happen a year from now. Let’s take a look at the winners.

Developers Mason Du, Oscar G Torres tapped the APIs of Flickr, Face.com, Aviary and Shutterstock to make PhotoBot, which hasn’t launched yet, but is “here to make your photos prettier.” Its goal is to help you become a better photographer by analyzing your photo and suggesting what you could do differently. Follow the team on Twitter and check back here for updates.

Developers Abe Stanway, Misha Ponizil tapped the APIs of Face.com, Aviary, Twilio and Facebook to make Honey Badger, which monitors your computer when you’re away. The hack works by taking a picture with your webcam, connecting to Facebook and texting you with the potential name of the person using your computer. The app was built using Face.com’s face detection API and Twilio.

The champion devs took home $10,000 worth of cash prizes, unreleased Lytro cameras and more. Check out all the hacks and the rest of the winners here. Aside from the winners mentioned above, here are three of my favorites:

Some contestants were prize-hungry, but others, like Tumblr developer Chris Haseman, hacked for social causes.

He said: “The world seems to be in a bit of turmoil. Protests, both peaceful and violent, are breaking out everywhere. Anyone caught in the act has a strong incentive to keep that act a secret. I made Protestr to help combat that attempt for secrecy.”

Haseman tapped the APIs of Imgur, Tumblr and Flickr to create Protestr, which helps free the flow of photos and videos during times of civil unrest. Once the app is installed and turned on, any picture or video you take will automatically be uploaded. The app’s launch will be announced soon on Chris Haseman’s blog.

Developer Hung Truong used Instagram and 500px to create the All Paper hack, which is a simple and useful way to incorporate all your photos into your iPhone background. The app lets you create fun photo collages using your existing social photo accounts like Instagram, 500px, Facebook and Picplz. It then lets you use them as wallpaper for your device or send them as a postcard with Sincerely integration. It wins my vote because I can actually see myself using it in the future. Go here to signup for the launch.

Emotional Breakdown analyzes emotions through face.com’s API, and then displays it in charts by day or week. It’s an “…experimental visualization of the mood of people in photographs from The Guardian’s 24 hours in pictures…” It was created by Friends of The Web, and will likely be especially telling in times of crisis or celebration.

While Silicon Valley has a history and an edge, NY is quickly becoming the place to be for techies and designers alike. Avi Muchnick, Aviary CEO says that the photo space needs more events like these and that Aviary has already begun planning its next one, which he says will top this one. Other upcoming hacking events in New York City include Foursquare’s hackathon and Hackday.tv.

*Disclaimer: I volunteered to make the Protestr icon, which is why you’ll see my name in the credits.