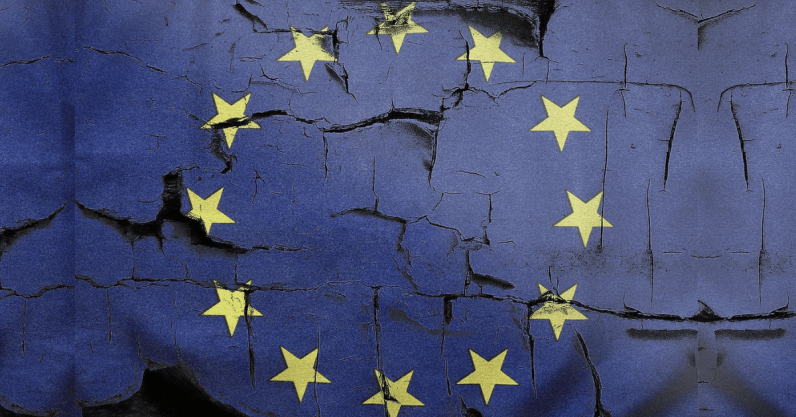 The EU Parliament just passed versions of the most contested articles of the new Copyright Reform proposal: Article 11 on ‘link tax’ and Article 13 which will enable censorship machines.

Axel Voss (CDU, EPP), the rapporteur of the controversial proposal and its biggest supporter, clapped his hands and celebrated once the final votes were in on the new Copyright Reform today at the European Parliament.

“Heartfelt thanks to everyone for the job we’ve done together. This is a great sign for the creative industries in Europe,” said Voss after the vote.

An opposing member of European Parliament (MEP) stood up after the vote to declare that this was a catastrophic day for the internet, but was cut off as he didn’t have the floor.

Julia Reda (Pirate Party, Greens-EFA), MEP and one of the proposal’s biggest opponents, took to Twitter to voice her disappointment that the vote passed. She’s been staunchly against the controversial parts of the Copyright Reform (just like Wyclef Jean) — and she’s pointed out the implications they would have on memes, sports, and freedom of speech.

The new exclusive right for sports organizers approved by European Parliament by one vote. A catastrophe for sports fans, especially combined with #UploadFilters #SaveYourInternet

The fight between the opposing sides, between Voss’ and Reda’s camp, has been long and arduous. Earlier this year, TNW spoke to lovers and haters of the proposal, which should provide context for readers on where the two sides differ — but it seems the supporters have won for the time being.

For those without the time to read this, Article 11 (a.k.a. link tax) will force anyone using snippets of journalistic online content to get a license from the publisher first — essentially outlawing current business models of most aggregators and news apps. This can also possibly threaten the hyperlink and give power to publishers at the cost of public good.

On the other hand, Article 13 (a.k.a. censorship machines) will make platforms responsible for monitoring user behavior to stop copyright infringements, but basically means only huge platforms will have the resources to let users comment or share content; there’s a worry that this could lead to broader censorship, with free speech vehicles — like parody, satire, or even protest videos — potentially untenable under this system.

Catastrophic Article 11 vote: The European Parliament just endorsed a #linktax that would make using the title of a news article in a link to it require a license. #SaveYourInternet #SaveTheLink pic.twitter.com/hWti1XyoQi

Article 13 vote: The European Parliament endorses #uploadfilters for all but the smallest sites and apps. Anything you want to publish will need to first be approved by these filters, perfectly legal content like parodies & memes will be caught in the crosshairs #SaveYourInternet pic.twitter.com/bTEtXRS3qx

Before the vote, Reda told TNW if the contested article would pass there was still a possibility they wouldn’t become law. The vote cements the Parliament’s stance before the final leg of the legislation process, the negotiations between Parliament and the national governments in the European Council. There, the EU governing bodies will try to agree on a common position on the Copyright Reform.

This does allow for some hope that the contested articles will be changed in the final legislation, but it’s unlikely. The Council has already announced it’s support for upload filters (the part of Article 13 that could lead to censorship machines) and link tax (Article 11).

Now that Parliament and Council have adopted their positions, we will have one final chance to reject #UploadFilters and #LinkTax in the final vote on the directive after trilogue, probably in the spring. Talk to your governments meanwhile! #SaveYourInternet

Read next: BMW steps on the gas to define its ‘blockchain strategy’ with new startup accelerator program