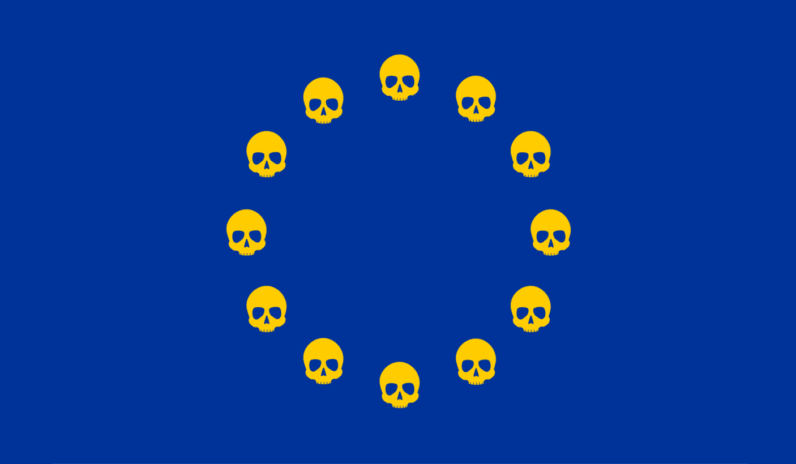 On October 10,  EU lawmakers will vote on the extremely controversial Copyright Reform. The new legislation threatens to strangle platform businesses by siding with rightholders and large corporations over users.

“This is a dysfunctional proposal. It’s bordering on the absurd as to why it would be proposed on an EU level,” Raegan MacDonald, Senior Policy Manager and EU Principal at Mozilla, told TNW. Mozilla is strongly opposed to the measures and is actively fighting the reform in its Copyright Campaign.

One of the most serious effects of the proposal, according to MacDonald, is that open platforms will be held accountable for what users post. This would mean that a company could be sued for any copyrighted material shared or used by the users of its platform — which would include quite a lot under the new reform.

The three deadly articles of the Copyright Reform

There are three articles in the new Copyright Reform that are being hotly debated. As we’ve covered before, article 3 on text and data mining has always been a failure. Lately, it has only become worse thanks to proposals of EU parliamentary committees, effectively putting an expiry date on startups.

Then there’s article 11 on ancillary copyright (extra copyright for news sites). Germany implemented a similar law in 2013, and Spain followed soon after with an even tougher version. Both attempts completely failed, making it difficult to understand the EU Parliament’s reasoning for keeping it in.

“If you look at the evidence of ancillary copyright implementation in Spain and Germany, there is no way you would come to the conclusion that these two different models — that have failed on their own merit in two different major markets in the EU — would actually work on an EU level,” said MacDonald.

However, the most concerning article of the three is article 13 in MacDonald’s opinion. This article essentially makes platforms liable for their users’ content and forces the institution of copyright filters (censorship machines). If the articles passes as is, it means that a platform like Flickr would have to monitor every single picture that’s being uploaded and check each of them against every image with copyright in existence.

“When you make a platform of any kind liable for the actions of their users, you create an incentive to remove content — or to ensure that content cannot be freely uploaded. This has been the key element in ensuring that startups and businesses can quickly put their products on the market — but more importantly — it’s been a key for free expression online.”

The only way to operate an open platform under the restrictions of article 13 would be to have a big enough legal team to negotiate license agreements before going to market, and big enough to handle lawsuits due to user-posted content on top of that. In addition, companies would need to employ tailored filtering technology that would recognize all copyrighted content. To put that in perspective, not even YouTube’s filter can catch all copyrighted content — and that’s using Google’s immense resources.

All of this would make the barrier of entry to the market too high for startups and SMEs. MacDonald believes that would eventually lead to more homogenous cultural content, coming from fewer publishers and being available on fewer platforms.

“I talked to smaller businesses and startups about this, or usually the one lawyer that they have on staff — if they had any at all — and just asked them: ‘Legally speaking, would you allow your platform to be open?’ And they couldn’t, because they won’t be able to shoulder that legal liability for content that the filter doesn’t catch,” said MacDonald.

So why is this terrible reform being pushed through?

MacDonald has a hard time wrapping her head around the decisionmaking that went into this bit. “It’s hard for me to say that this proposal has strong foundation in evidence, that it truly considered all sides of the coin. I think it’s pretty obvious that there have been some significant influence and lobbying from major rights holders and the publishing industry.”

According to MacDonald the proposed reform would be terrible for almost everybody involved, except for major rights holders and bigger companies. Users would have less ability to express themselves online and startups dealing with open platforms could hardly operate. Meanwhile bigger companies would have less competition from startups and major rights holders would regain power they’ve lost through the digital transformation of the market.

“At the core of article 13 is the struggle over control by the major rights holders. Instead of looking forward, they’re looking back to the twentieth century to a time when they had 100 percent control over the distribution for content.”

It’s clear that the tech community feels misrepresented in this major overhaul of Europe’s copyright laws. Rather than taking changes to the market and the distribution of copyrighted content at face value, the EU’s approach appears to have been overly influenced by a few stakeholders who want to counter that change.

The EU will never be truly able to modernize its copyright laws if it does not include the views of all parties involved and makes sure it provides a sustainable framework which accommodates new technological realities.

If you’re a EU citizen and want to make your voice heard then check out Mozilla’s call tool. The tool makes it easier for you to contact members of European Parliament and tell them why they shouldn’t pass the copyright reform — there’s still time before October 10.

This article was originally published in August 2017.