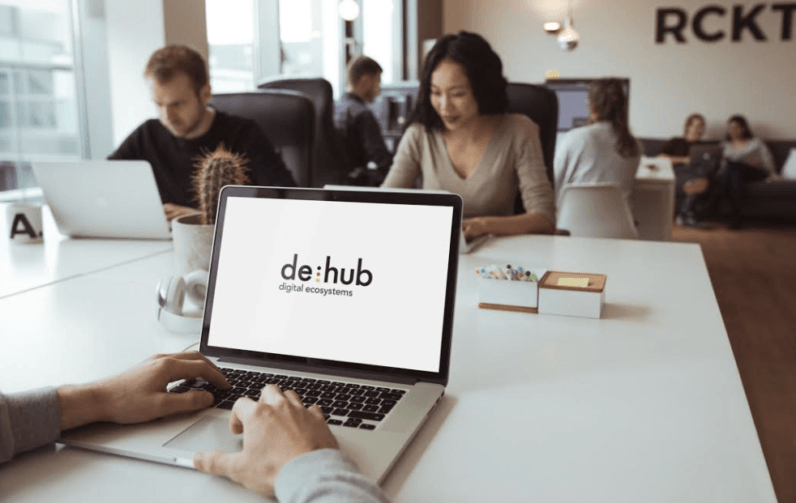 Silicon Valley is by far the most successful tech hub on the planet. However, European and Asian cities have started gaining on the startup mecca — so much so, that you could even say Europe has become better than SV.

But as we’ve pointed out, Europe isn’t one large monolithic block, each country and city has it’s strengths and weaknesses when it comes to startups. If we truly want to understand European startup ecosystems better, we’ll need to take a more in-depth look at each country.

That’s why TNW contacted Brigitte Zypries, Germany’s Minister for Economic Affairs and Energy, to get more information about how Germany — one of Europe’s biggest and most influential economies — plans on stimulating it’s startup scene.

Why only have one ‘Silicon Valley’ when you can have many?

The Digital Hub Initiative is the German government’s big move to strengthen connectivity and cooperation between startups in a digital age. In general, Germany has always done well in startup reports, with cities like Berlin usually getting high scores. But the international competition is fierce and there’s always room for improvement.

According to Minister Zypries, in addition to it’s vibrant startup scene, Germany has flourishing science institutions and market leading SMEs and corporates. However, the problem is that these fields aren’t interconnected enough.

That’s why we started our initiative in 2016 to connect the dots between science, corporates and the digital economy. From day one the Digital Hub Initiative put emphasis on bringing together different competencies to draw a big picture of the digital landscape in Germany.

Doing this could help Germany to fully utilize its high-level tech industries and become more competitive on a global scale. Silicon Valley is currently the best example of a high concentration of scientific facilities, global leading corporates, and startups all in one place. Matching the international appeal and reach of SV is extremely important if Germany wants to have a competitive startup environment.

However, having everything in one place isn’t necessary to reach that goal. Germany’s strength is spread across the country — so the government had to build a model that played to those strengths.

We want to strengthen our network   and we are positive that this mixture can be very attractive for international founders and investors. And that is one of the main goals: convince them to establish their companies and make their investments in Germany. In a nutshell one can say that we have many Valleys and we need to connect them.

That’s why the new initiative involved setting up digital hubs in cities all over Germany, each one built to tap into the local expertise by creating common spaces that encourage innovation. The first five were established in 2016, but additional seven were announced in April 2017.

Cities applied to host digital hubs and included industry specialities in their applications. The current Digital Hub cities and their specialities are:

These hubs will operate under the umbrella brand “de:hub”, which the German government established.

Among the qualities that the de:hub cities had to have was industry-specific research and educational institutions, good startup community, and a local network of influencers. The cities also had to have internationally leading businesses in the specialized industry of the city.

The regional hubs are then connected and supported by the Hub Agency, lead by RCKT, a digital consultancy company. The Hub Agency also creates strong networks between the hubs and established industry.

Public or private sector? Why not both?

As TNW already covered, Singapore’s success was largely due to the government’s forward-thinking policies which began in the 1990s. This is only one of the many examples of how governments have managed to amplify their startup scenes.

Germany is certainly devoted to nurturing it’s startups scene and it’s clear that governmental policies will play a huge role in that. However, that doesn’t mean the private sector won’t have a say in how to improve the country’s startup environment — and how to make it more competitive.

Zypries mentions the advisory council, which chose the Digital Hub locations, as a good example of the partnership between public and private sector.

The council is completely independent of the Federal Ministry of Economic Affairs and Energy and consists of “high-ranking representatives of corporates, investors, digital enterprises, and economic associations”. This high-level of inclusion of the private sector in decision making is one of the projects greatest strengths, according to Zypries.

This kind of pooling at the national level is unique and gives startups access to the entire German economy.

The twelve current hubs will be funded regionally instead of being directly under the ministry. The hubs will receive support from a wide variety of local stakeholders — from research, politics, business, etc. — while the Federal government focuses on nationwide investments, such as international networking for the hubs.

The de:hub brand is still in its infancy, but that is sure to change as one of the projects main goals is to increase the visibility of German tech hubs nationally and internationally. Silicon Valley still holds the throne in the game of tech, but Germany and other European countries are showing winter might be coming.

Read next: Using AI and drones to combat elephant and rhino poaching