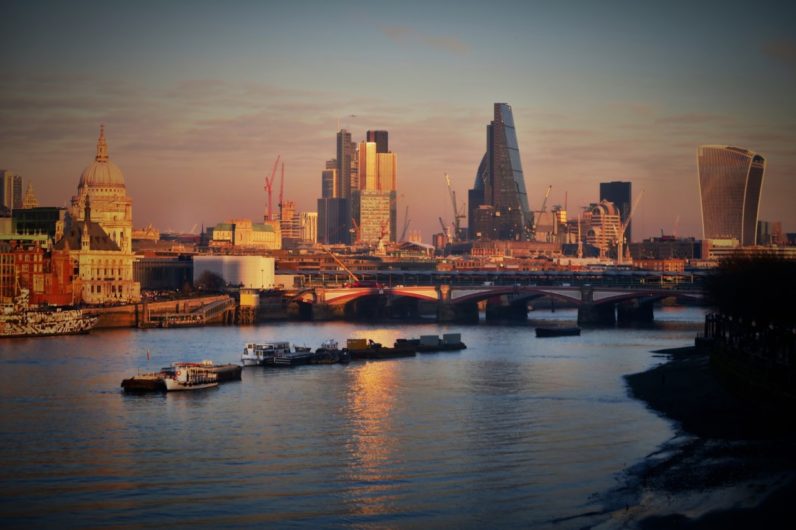 In the past five years, Britain has had a startup renaissance. We’re now the world leaders in several key sectors, like fintech and artificial intelligence. We have the most ‘Unicorn’ status companies of anywhere in Europe. There’s plenty of talent and money to go around, and London is quickly becoming a viable alternative to the costly Bay Area.

But this growth may be easily undone.

Last June, Britain voted to leave the European Union. The fruition of that vote will occur later this month, when Prime Minister Theresa May invokes Article 50 – the legislation that begins the formal Brexit process. By all accounts, Britain is heading towards a hard Brexit. This will be a complete and total break with the European Union and all its institutions.

Theresa May has been confidently proclaiming that her government will make a success of Brexit, while remaining shy on the details of how she’ll do it. Brexit means Brexit, she insists, and we’re going to have a “Red, White, and Blue Brexit“. Whatever that means.

Not everyone shares her confidence though. In the run-up to the EU referendum, our startup thought leaders – like Eileen Burbidge, LastMinute founder Martha Lane Fox, and Zoopla CEO Alex Chesterman – all came out and said that Brexit would be bad for Britain, and damaging for its nascent technology companies.

But now, the silence is deafening. Allow me to puncture that silence, because UK startup founders, I’ve got some questions for you.

First up, let’s talk about free movement. This is coming to an end, there’s no doubting that. While it’s currently possible for you to recruit freely from 27 other European countries, this will soon not be the case. The end of free movement might even happen on the same day May invokes Article 50.

How will reducing your potential talent pool from 743 million people to 64 million people help you grow your business? In the future, if you wish to recruit from the EU, it’ll inevitably involve quotas, wait-times, and visa fees. How will this benefit you?

Another thing. The EU (as well the US and, I suppose, China) is regarded as a regulatory superpower. If you want to do business in it, you must abide by its laws and rules, even if the country you’re from isn’t part of the EU. And believe me, you’ll want to do business in the EU. It’s the closest economic bloc, and it’s full of cashed-up consumers.

When Britain leaves the EU, we’ll lose our seat at the table. As a British tech company, you’ll have as much influence as a tech company from New Zealand. Which is to say, you won’t have any at all.

In what way can you see this being beneficial to you? Are you okay with that?

Speaking of EU consumers, if your company exports a UK-manufactured product to the EU, it’s inevitable that you’ll encounter new barriers and tariffs. Especially when the odds of us getting a trade deal within the two year Article 50 period are nigh-on-impossible.

This inevitably means that punters on that side of the border will have to pay more for your stuff. How will that make your product more enticing to French, Germany, Polish, and Dutch consumers?

Now let’s move on to money. While both the number and size of UK Series A deals has soared in recent years, many UK startups don’t go down that path. Anecdotally, I’ve observed that they tend to limp towards profitability on whatever seed money they have, and then try to scale their businesses.

Which is a really long-winded way of saying that for many UK startups, money is tight. And yet, Brexit has caused a precipitous drop in the pound, sending prices of laptops, phones, software, and cloud services soaring. If you want to buy a MacBook Pro or an iPhone, you’ll pay comparatively more for it than you would in 2015.

How does reducing your financial runway help you scale your business? How will your business benefit from higher costs?

I’m going to hazard a guess that the answer to most of these questions is “it doesn’t” or “it won’t.” This brings me on to my final question.

As the UK veers to the most destructive manifestation of Brexit, with significant implications for your company, why are you silent?

Why aren’t you as vocal as you were in the run-up to the referendum? As much as I’d like the UK to remain in the EU, and remain open, tolerant, prosperous, and sane, that just isn’t going to happen. We fought (and lost) that battle months ago.

But there’s still a battle to fight. The battle to stop a hard, destructive Brexit. During the referendum, a Norway- or Switzerland-style model was dangled in front of the electorate by several players in the Leave Campaign, where we could exit the EU while remaining a part of the single market.

Why is that suddenly unthinkable? And, more importantly, who decided that we must embrace the most stupidly-destructive manifestation of Brexit?

There has even been a tacit nod from the government that Brexit might not be particularly great for the tech sector, as today it announced a wave of funding and support for it. According to The Department for Media, Culture, and Sport’s Digital Strategy document, the UK Government plans to skill-up 4 million British workers, invest £1 billion in internet provision, and pump £17.3 million into AI and robotics research.

While the £1 billion sounds like a lot, it’s worth reminding that it won’t be exclusively for the benefit of the tech sector, and won’t come anywhere close to offsetting the damage outlined above. And £17.3 million for research funding is laughably small. For context, Nissan has said the car manufacturing industry requires £100 million in government backing to survive post-Brexit.

I know it’s unfashionable for anyone to criticize Brexit right now. If you do so, you risk being called a “remoaner” or a “whinging liberal metropolitan elite”. But fuck it. This is important.

You’re a founder. You’ve got a damn good reason to fight a hard Brexit. If not for yourself, do it to protect the UK tech scene. Because the course we’re currently on will be a massive setback, and will undo the hard work of vocal advocates for British startups – like Herb Kim, Martin Bryant, Mike Butcher, Eileen Burbidge, and the entire team at Tech City UK.

Of course, I’m completely open to the idea that I’m totally wrong. If you’re a founder and you’re confident of the future post-Brexit, I’d love to hear from you. Feel free to send me an email at [email protected]

Read next: Tim Ferriss: How to deal with haters