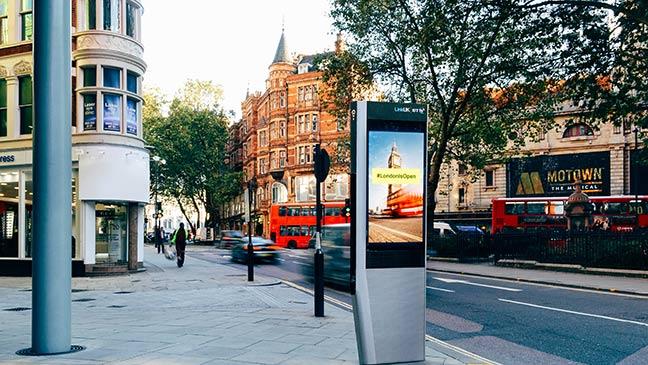 Link is bringing its public access points to London, making it the first market outside of New York it will enter.

The LinkUK ‘Links’ kiosks are the product of a partnership with BT and will offer a number of free services, including gigabit Wi-Fi, two USB charging ports, maps and local information, and free calls to UK landlines and mobiles.

When Link launched its public access points in New York, they were fraught with growing pains. Many complained that the Internet speeds were inconsistent. Those in Manhattan had faster speeds than those in The Bronx and Brooklyn.

Worse, there were reports of people using the built-in tablet computers to access pornography. In public.

This time round, Link has learned its lessons. The kiosks themselves don’t include a web-browser. It would also surprise me if there wasn’t any content filtering software in use, so as to prevent people from accessing inappropriate content on their own devices.

BT plans to replace its existing payphones in the capital with the new Link kiosks. The company has an ambitious roadmap, and plans to install 100 in Camden, starting from early 2017. Following this, BT will install an additional 750 kiosks across London, and throughout the country.

The demise of the public payphone is inevitable. Given that everyone has a smartphone now, these Link kiosks are just much more practical. I’m not 100 percent thrilled though. The red telephone box is a British icon. It’s as much a part of these damp isles as questionable gastronomy, non-existent dentistry, and failing to win the World Cup. I’ll be sad to see them go.

Read next: What to expect from Microsoft's Windows 10 event on October 26