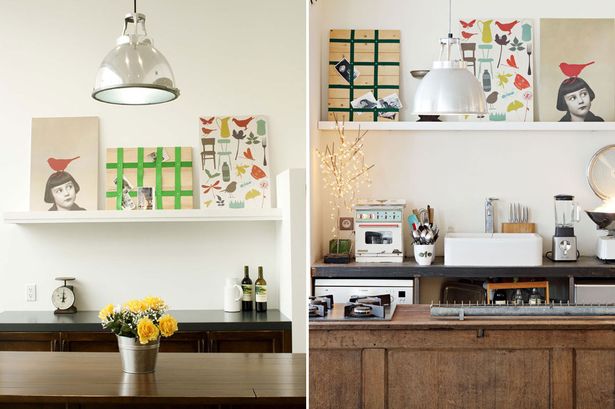 A French interior designer is suing Airbnb because the company allegedly copied her home decor without permission or credit, reports The Mirror.

Zoé de las Cases, who rents out her flat on the service said a friend had noticed Airbnb’s San Francisco offices looked alarmingly similar to her home.

In one photo of the company’s HQ, she even found the same picture of her grandmother that sits on a shelf in her kitchen in one part of the offices.

Cases has grounds for complaint since Airbnb founder Brian Chesky reportedly stayed at her home for three nights four years ago.

“They never asked [for permission] and I have never been mentioned [by Airbnb], I felt completely dispossessed of my flat. You could say that I felt I had been raped,” she told The Times newspaper in Britain.

In the above photo, a yellow Eames rocking chair features prominently in the promotional images of her home.

In this photo however, from Airbnb’s offices, the same yellow rocking chair can be seen, along with a strikingly similar color palette.

“Very personal souvenirs, like presents and holiday souvenirs, have been reproduced,” Cases continued. The wallpaper that adorns her home was also found on the walls of the internet company.

We have approached Airbnb for comment and will update the piece when we know more.