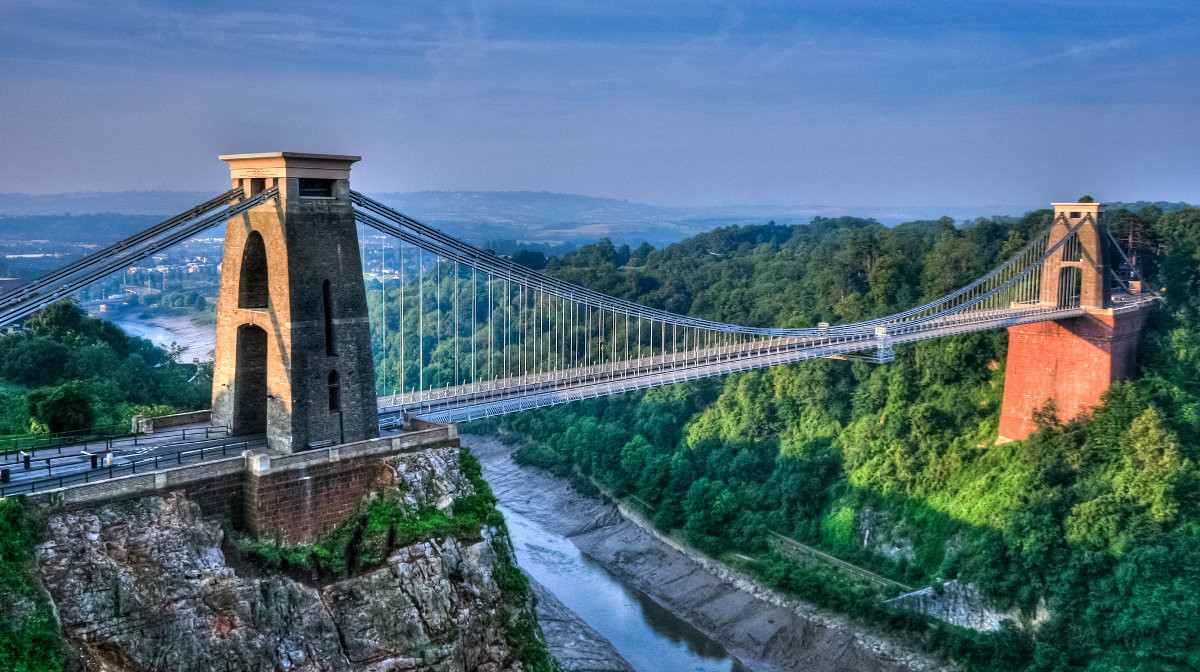 While London is undoubtedly the center of gravity in the British startup and venture ecosystem, there’s plenty of no less fascinating things going on outside the M25 motorway. A good example would be the burgeoning ecosystem in Bristol and Bath, which form part of the so-called Silicon Gorge in the south west of England.

The place of birth of a number of well-known startups and tech companies, this region shows that sustainable businesses can be built by passionate people even with limited access to VC money and acceleration programmes.

Bristol and Bath, located in 10 minutes’ train ride from each other, are seemingly considered by local entrepreneurs and other ecosystem players as parts of a whole rather than competing cities. At Venturefest 2015, the startup event held in Bristol last month, one could see roughly equal number of founders from both.

“I think Bristol has become an alternative to London now as a tech hub,” said Joe Ryan, founder of VRgo, a startup working on a chair that allows you to control your movement in virtual reality. “In a small city, you have a stronger network of people. It’s amazing how many people know each other.”

One of the integral parts of any local startup ecosystem is a number of physical hubs where founders and teams can work and mingle, talk to mentors and investors, and organize all kinds of events.

Arguably the most well-known startup hub in Bristol and Bath is the Engine Shed, which hosted Venturefest together with the neighbouring Passenger Shed owned by the city authorities. Built by famous English engineer Isambard Kingdom Brunel, Engine Shed is conveniently located right next to Bristol’s Temple Meads train station and consists of a co-working space, meeting rooms, offices of a few significant infrastructure players, as well as event space.

“The ecosystem here is incredibly strong and getting stronger and really exciting,” said Nick Sturge, who’s been running the Engine Shed for the last 18 months. “What we see here is a lot of convergence and crossover, we’ve got creative industries and we’ve got really hard tech.”

Speaking of the creative industry, it is represented, among other places, by Watershed, another iconic building next to Bristol’s Waterfront.

Calling itself a “cultural cinema and digital creativity center,” Watershed acts as a hub similar to the Engine Shed, but for all kinds of art and media professionals.

A good example of collaboration between the two sheds would be Fabulous Beasts, a hybrid two-player game that has to be played both on a tablet and in the physical world. To succeed in Fabulous Beasts, you have to build a tower out of pieces together with your opponent. At the same time, the process of building is reflected in the iPad game as creation of a new world with different races of beasts, which the players also have to keep in balance.

“The project was initially a collaboration between the University of Bath and our co-founder,” said Chris Shaw, one of the game’s developers, who presented Fabulous Beasts at Venturefest. “We have connections with Watershed, they have lots of great stuff. They funded our prototype projects […], we got to showcase all this at Watershed and also to playtest.”

In addition to the hubs in the city center, there’s the Bristol and Bath Science Park that also provides space for startups for day-to-day work, meetings and events.

Speaking of events, a quick search at MeetUp or a glance at TechSpark calendar can show quite a number of places and gatherings for entrepreneurs, investors and mentors to attend.

Among them is the series of meetups organized by TechSpark itself. The Bath-born website has become not only the major information hub for the local ecosystem but also holds a wide variety of events, from expert talks on different topics to social drink-and-relax meetups in Bristol’s glorious pubs.

In Watershed’s cafe with the view on the city center, the South West Founders meetup is held monthly, providing a place and time for startup enthusiasts to network and ask/receive important advice.

What also adds to the overall entrepreneurial vibe is the steady stream of young tech and art minds coming from the universities of Bristol and Bath. Together with three other universities — of Exeter, Southampton and Surrey, — they form the SETsquared Partnership, which is supposed to help young entrepreneurs and bring the commercial to the academic research.

“We’ve managed to engage all local universities in the ecosystem here,” said Sturge, who’s been running the SETsquared center in Bristol for the last 10 years. “And that’s very important, not only in producing talents and commercializing research, but also making research and expertise available to companies.”

One of the main goals of the partnership is to make sure the students are actually taught how to be entrepreneurs and consider founding a startup as the next step after graduation.

“I think universities are doing better [than before in terms of entrepreneurship education],” Sturge said. “What they do need to do more is getting students involved in an exposure to startup clusters, and we’re trying to do more of that at the moment.”

Arguably the best way to get more youngsters into entrepreneurship is having local success stories. Although many startup industry players in Bristol and Bath say the region needs more of those, there’s already quite a bunch of good examples of successful companies founded here.

One of the most famous startups from Bristol is the Internet Movie Database, better known as IMDb. Acquired by Amazon in 1998, the company is still based in Bristol, with two additional offices in Seattle and Santa Monica.

More recent examples include Just Eat with a big R&D office in Bristol, place discovery startup Wriggle, MoneyHub, as well as more hardcore tech startups Blu Wireless Technology and Ultrahaptics, with the latter about to receive a €1.49 million (£1 million / $1.6 million) grant from the European Commission.

On the other hand, the Silicon Gorge has long been a place where a number of larger technology corporates opened their offices and R&D centers. Those include Intel, Nvidia, Broadcom, HP, IBM, and Toshiba. In Sturge’s opinion, having the behemoths around can significantly improve the quality of the ecosystem.

“One reason is, some of those corporates in the city will become customers [of local startups],” he said. “The other reason is that if you’re growing your business, then you need to start recruiting some high level people [from] elsewhere around the world. And you say, come and work for my startup, we’re 25 people in Bristol. They take a look up and say, okay, [many big companies have offices] in Bristol, that’s low risk for me as there’s probably more jobs there. That makes it easier to hire senior people.”

What’s not there yet

When asked about things missing from the ecosystem in Bristol and Bath, most startups mention the lack of smart money and good acceleration programmes. These points, especially the former, can be heard in many places in Europe over the past few years — and yet the innovation coming from those “undersupported” regions can be of the highest quality.

“There’s a lot more support in places like Silicon Valley for venture capital, seed funding, things like that,” said Harry Gee, founder at Agilic Ltd that produces PiBot, a robot for kids based on the Raspberry Pi single-board computer. “They do exist in Bristol but they seem less accessible, there’s less general support for encouraging startups.”

The underlying reason for this could be that Bristol and Bath aren’t perceived as a region with a thriving startup community.

“We have not yet got as much profile as we need,” said Sturge. “Bristol and Bath are not as well known as they should be. We have a weak investor market but it’s changing, there’s more angel investors around.

“We could do with some VC funds. The first [big] VC that comes along and sets an office in Bristol will clean up [the scene].”

There are already venture funds in the region, including Bath-based Eden Ventures, as well as two accelerators — Webstart Bristol and Entrepreneurial Spark powered by NatWest. The latter is set to start working with the first batch of startups in Bristol in August.

“There is another couple [of acceleration programs] in the pipeline,” Sturge added. “Our profile hasn’t been well-known but I think that will change in the next 18 months.”

While bigger acceleration programs are yet to open branches in the South West, there’s a certain interest.

“Seedcamp came down to Bristol last summer, and Carlos [Espinal, Partner at SeedCamp] was blown away by the size of the scene and how vibrant it was,” said James Routley, who runs the South West Founders meetups.

Even though there might be lack of money and mentors in Bristol now, local startups do not move to London too often.

“We see the occasional startup going to London, they get attracted by the accelerators,” Sturge said. “But occasionally they get ripped off by accelerators and get really pissed off.”

This trend of startups not leaving the city in which they were founded, voiced by many entrepreneurs we talked to at Venturefest, may well be strengthened soon. The rail connection time between Bristol and the capital is set to be slashed to just an hour by 2018. That could well increase Bristol and Bath’s attractiveness for London-based VC, too.

Read next: No one wants to protect your privacy