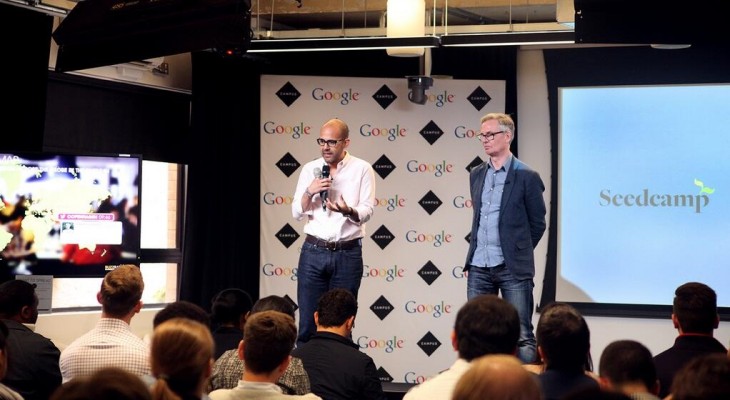 European investment and mentorship program Seedcamp has today announced the launch of its third fund, a $30 million pool of cash to pump into European startups.

The new fund will focus on providing investment for startups looking to scale globally, rather than focusing on the initial hurdle of getting up-and-running. Essentially, the aim is to help develop the longevity required to build businesses worth hundreds of millions, or billions, of dollars.

“The way that we’re looking at acceleration as an action is not around a very finite period of time. It’s not a three-month thing with ‘here’s some money and off you go’. We’re looking at a way to help founders build companies as a lifelong thing,” Carlos Espinal, investor and partner at Seedcamp said.

The company said the fund is built on the “three pillars” of ‘Network’, ‘Learning’ and ‘Capital’, all based on accrued knowledge from its last seven years holding mentoring sessions and connecting founders with VCs, corporates, service providers and all manner of gurus.

“If you are accelerating startups, it’s not about short-term support, particularly in Europe. You need to be there for the long-term and you need to be working with all the players in the industry,” Reshma Sohoni, co-founder and partner at Seedcamp told TNW.

A large part of increasing this network effect will be an increased focus on the US and its bid to provide startups with easier access to cash beyond Europe. As such, Seedcamp said that it will have more of a presence in the country by taking up residence in one of its investor’s offices for about for about six months of each year.

Espinal added that there are currently no plans to permanently station someone in the US but if that did eventually happen it would have to be “an organic process”.  Additionally, Seedcamp said it was looking to build its network to the east and China too.

The investment opportunities afforded by the fund are twofold. On one hand, it can now offer growing startups between $25,000 and $250,000 to grow their businesses while continuing to offer others pre-seed funding of between $35,000 – $75,000. And secondly, it provides more formalized access to its network of investors for larger investments in the future.

“In our experience, providing the first $75,000 investment and a three-month program to support the growth of a $10 million business is not good enough anymore. Breakout success is all about scale and getting the $200,000, $2 million, and $20 million of investment that will help build a $1 billion business,” the organization said in a statement.

The fund is ultimately looking to raise $30 million, having managed to secure $28 million at first close. Among the investors are the European Investment Fund (EIF) – in for 49.9 percent of the total of that first close -, Yandex, Index Ventures, Fidelity and a number of other notable VC funds and backers.

The move is a bid to stay true to the company’s core goals of accelerating seed stage startups. When it first set out, there were far fewer organizations trying to achieve a similar thing in Europe. Now, seven years later, there are hundreds of accelerators all over the place, and many with a specific focus on one niche area of technology. As this landscape has evolved, the focus on purely pre-seed funds no longer matches some of the bigger needs of European startups in the medium-to-long term.

As such, it makes sense for Seedcamp’s third and largest fund to follow suit if it wants to play a part in creating truly sustainable companies on a world-beating scale.

Read next: Websites through the ages: Tracking AOL, Yahoo and ESPN across time