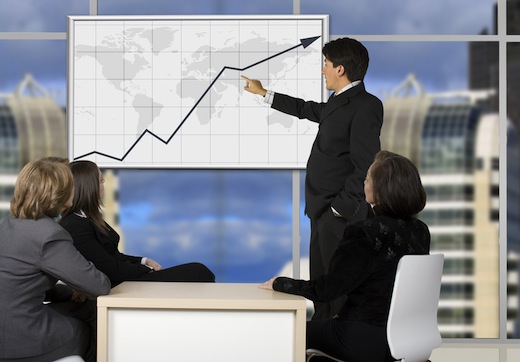 The online advertising market grew 14.5 percent year-over-year to a market value of almost 21 billion euros, according to IAB Europe, which has just released the results of its sixth annual AdEx Benchmark survey.

The findings of the survey, which were released today at IAB Europe’s Interact conference in Barcelona, show that 1 in 5 advertising euros (or 20 percent) in Europe is now spent online, with Internet search and video advertising going strong and mobile advertising growing rapidly.

As IAB Europe points out, the 14.5 percent increase in total market value is noteworthy considering the dire state of the European economy. 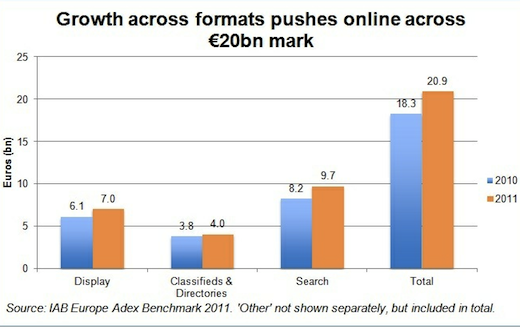 Russia saw the strongest individual market growth (55.5 percent) driven by a surging search market. Together, the top five markets (UK, Germany, France, Italy and The Netherlands) still account for almost 68 percent of the total online advertising market, only slightly down from the previous year. 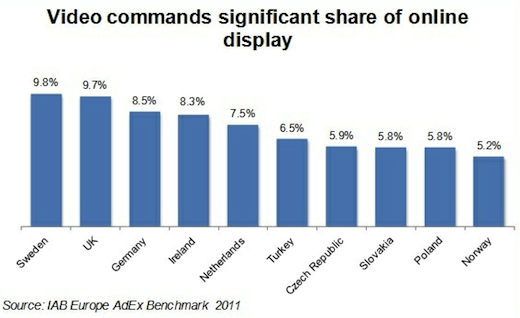 Compiled by IHS Screen Digest, the AdEx Benchmark research covers the entire European region for the calendar year 2011. The data was compiled by IAB Europe based on information provided by the 26 national IAB offices across the continent.

And for your comparison: IAB says Internet advertising revenues hit $31 billion in the United States in 2011.