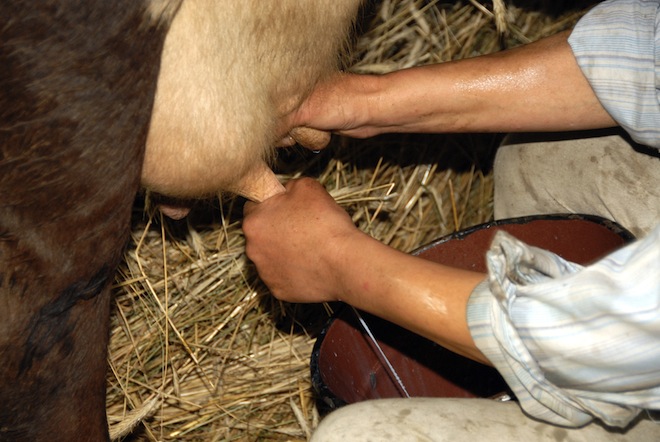 Farmers have needs too, and there aren’t a lot of software developers building the tools they require. Enter Croatian startup Farmeron, whose founder and CEO Matija Kopić I was delighted to meet in London last year (the company is backed by Seedcamp and took part in the accelerator’s big ‘Week’ in September 2011).

Farmeron is one of the world’s very first agricultural SaaS companies, and today they’re announcing their first early-stage capital injection, provided by several heavy-hitters from both the US and Europe.

The startup has raised $1.4 million in funding in a round co-led by Lee Hower of NextView Ventures and Jeff Clavier of SoftTech VC.

Other notable backers include angel investors like Seedcamp’s Reshma Sohoni, Dave McClure of 500startups fame and Robin Klein of TAG. AngelList’s Naval Ravikant is leading the group of angels backing the firm in their latest round.

The fresh capital will be used to hire key management team members and to staff sales and support teams both in the US and Europe.

Farmeron initially launched its Web-based farm management tool in November 2011 to a handful of farms throughout Southeast Europe (primarily in its home country Croatia), but has managed to attract more than 450 other farms in 14 countries in the last five months alone.

Clearly, the company is fulfilling a need here. What their solution does is enable both small and large farm owners to gather and analyze farm production data in the cloud, something a lot of them have been tediously struggling with for many years.

“Even today, the process is so inefficient that an average modern dairy farmer owning 300 milking cows must spend at least 90 minutes per day creating manual data records and calculating production metrics to analyze the farm’s efficiency and profitability.

This generates hundreds of thousands of dollars in costs. Without having the proper data management infrastructure, farmers easily miss hidden knowledge in raw production data, leading to misguided interpretations of their production cycles and associated costs.”

On a sidenote: Kopić was actually ‘born and raised’ on a crop farm in Croatia. :)

Read next: Tune into Bing's event that it claims will 'change the future of search'