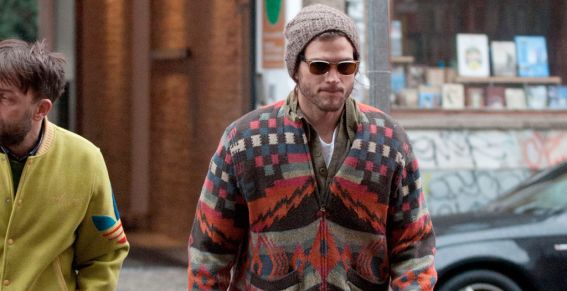 Two and a Half Men star and tech investor Ashton Kutcher appears to be on a rapid European city tour before the Christmas period, flying in to Stockholm from Berlin yesterday to pay the staff at Spotify’s Swedish R&D offices a swift visit.

Whilst Swedish newspapers focused on his partying and trips to restaurants, Kutcher was purely interested in paying a visit to the music startup to check out what they do and talk tech with the company that he revealed a secret addiction to when it finally launched in the U.S.

Ashton’s been a big fan of the service for a while now and he wanted come over to check out what we do here at Stockholm R&D. He talked to us all for about 30 mins about what he thinks of Spotify and his love for tech in general.

It was great to hear him talk passionately about the service – but it was just a flying visit from an (admittedly very famous) friend of the service who wanted to say hi.

The company later tweeted thanks to the actor:

Thank you, @aplusk for swinging by yesterday! ow.ly/i/o69g (we’re keeping the panda-hug pic for ourselves)

It isn’t known whether Kutcher is an investor in Spotify but the actor has made investments in flight search service Hipmunk and local accommodation startup AirBnB. He also advises startups Chomp and Vox Media.

In September, Kutcher revealed in an interview with Mike Arrington at TC Disrupt that he has 40 investments, many of which are not disclosed as they may be “detrimental to the story of the company”.

Read next: The BBC is testing surround sound that works with your normal, everyday headphones