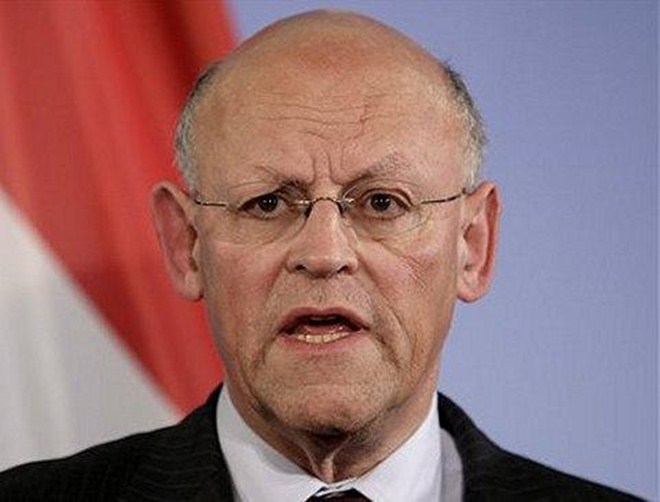 The Dutch Minister of Foreign Affairs, Uri Rosenthal, has spoken out to encourage the protection of free speech online, urging the world to support bloggers, cyber activists and other netizens who are being persecuted for “criticising the state”.

The comments were made on the Facebook page of iFreedom 2011, a Dutch freedom of speech conference running today and tomorrow. iFreedom 2011 is supporting and raising awareness for six ‘dissident’ bloggers from across the world. Dissident is quite an evocative term and, in reality, the actions that each of the six are facing repercussions for are not as controversial as the word suggests.

Chiranuch Premchaiporn, for example, is awaiting trial in Thailand because she was too slow to remove a comment criticising the country’s king from the web board that she moderated. She faces a possible jail sentence of up to 20 years due to the incident, which took place while she was out of the country attending a free speech event in Europe.

Uri Rosenthal, minister of Foreign Affairs of the Netherlands, asks you to support six cyber activists in the run up to the iFreedom conference in The Hague. You can do so by signing the online petitions for these courageous persons. Most of them are in prison for criticizing the state. Others have gone into hiding. The petitions call attention to their fate and press states to set them free.

Rosenthal’s statement comes during a period in which a number of countries have been particularly active in restricting comment online in one form or another.

India is trying to work with some of the Internet’s biggest names — including Facebook, Google and others — as it looks to screen and, in some cases, censor unsuitable comment before it is published online.

Authorities in Thailand recently warned the country’s Facebook users that sharing, and even liking, content that defames the country’s royal family could result in prosecution and jail. Like India, the Thai government has contacted Facebook for help in removing ‘harmful’ content from the social network.

The government in South Korea has recently established laws to to crack down on offensiveness and immoral content on mobile and the Internet in the country.

Iran has added yet more websites to the list of those it blocks. The US Government’s newly launched virtual embassy joins The Next Web (yup, us here too!) and a number of other websites in being unavailable to Internet users in the country.

Any list of Internet censorship would be incomplete without the addition of China, and the government has continued its crackdown on social media through the introduction of a number of restrictions, in addition to its broad censorship program that is already in existence.

All Chinese reporters must personally verify news sourced from the Internet and social media before publishing related articles — a move aimed at returning a large chunk of control over information back to the state — while the government pressures Internet firms, like Sina, to police their own networks with ‘rumor control’ teams that hunt down unsuitable comments.

For those that believe it is developing countries where Internet censorship is a big issue, even the US is courting web censorship controversy with its proposed SOPA legislation which could seriously restrict the freedom of American Internet users.

You can find more information about the iFreedom 2011 conference and campaign on Facebook.

Read next: Apple's 12 Days of Xmas app now available in UK - Canada, Europe are next