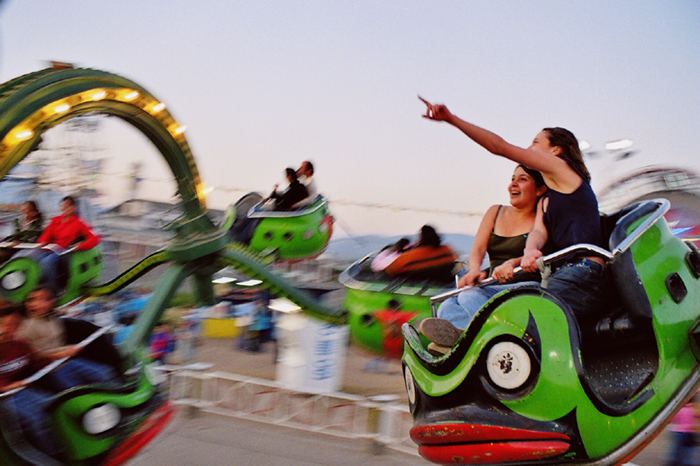 When we pick speakers for our conferences we look at several qualities: ability to inspire, brand name impact, is the speaker evocative, funny and able to get a discussion going? Then we try to have a nice collection of speakers that cover wide range of topics and experiences. We combine older more experienced entrepreneurs with younger and creative thinkers. And we invite a wildcard.

We always try to have at least one ‘wildcard’. A speaker we hope will be provocative, weird and maybe even slightly uncontrollable. It goes contrary to our feelings as an organizer to keep things in control. But we have learned from experience that sometimes you must just jump into the unknown, combine opposing ideas, and see what happens.

This year our wildcard is spectacularly wild. I’m talking about Alexander Bard. He describes himself as a writer, sociologist, philosopher and TV talk show host. But also an ‘internationally renowned record producer, artist and songwriter’. When you read what he has done so far in his life it is hard to imagine this is all just one person.

Some facts and quotes from Alexander to give you an idea of how hard it is to describe him:

I remember dancing to this when I was, ahem, younger:

Alexander will appear on a panel with Andrew Keen and Rick Falkvinge and has promised that it will be “the most politically incorrect and creative futurology panel”. Oh boy.

I asked Alexander a few questions about The Next Web, the conference and Amsterdam.

TNW: What do you think the future of the web looks like?
AB: The internet IS The World from now on. The question is rather what will the tiny little bit of the world which is not on the internet look like? When even the milking of a cow in Uganda is an online phenomenon, why even discuss the world as if there is any world left outside of the online category? Isn’t the ulimate evidence for the complete internet takeover the fact that people go to Burning Man – the ultimate netocratic festival is ever there was one – and take pride in being offline for a week while there? Isn’t that very gesture the ultimate IRONIC GESTURE in the new internet society?

TNW: What are your wishes for the future of the web?
AB: The web is bigger than my wishes. I humbly succumb to it and the way it plays out itself over the pages of history. What are we left to do but to serve The Internet? Are there – seriously – any other options?

TNW: How do you contribute to this?
AB: My service to The Net? Two things: 1. Interactive cultural production. 2. Interactive political activism. The first category is fun, the second category is necessary. As for politics, the Middle East or Asia don’t scare me. What scares me is how the internet is being politicized with the aim of being controlled by governments in the U.S. and Europe. Cairo in 2011 would be impossible in the U.S. or Western Europe. Goverments there would have prevented the explosion of activism earlier and much more malignly than Hosni Mubarak ever could. I want to move to Syria and I would unless I was so busy spending time in India at the moment!

TNW: What do you expect from the Next Web Conference 2011 in Amsterdam?
AB: Meetings with a surprising twist. Focus on the twist!

TNW: From the panel?
AB: Three of the world’s most original motormouths on the internet revolution. And yes, I’m one of them, and yes, it’s your panel. Let’s congratulate each other to the most politically incorrect and creative futurology panel ever, haha.

TNW: Who would you like to meet?
AB: Sexy brains and sexy bodies. Maybe even a match of the two although that could be a bit overbearing, I know.

TNW: Oh and do you know how to tap a heineken?
AB: Yes, but I hate its content. Too sugary for a delicatessen freak like me. Where is the red wine?

Reserve your ticket today so you won’t miss out on Alexander Bard and many other inspiring Internet visionaries!