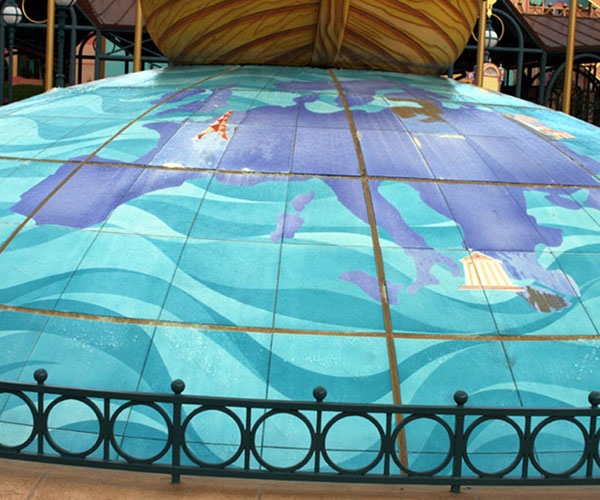 Europe’s had a bumper year for interesting startup ideas. The Next Web’s Hermione Way and I put our heads together to come up with this list of ten small tech companies from across the continent that have excited us in 2010.

London-based Brainient makes it easy to add interactive elements to existing web video. A ‘Magic Script’ lets publishers add a few lines of code into a website’s Body HTML, enabling pre-roll ads, overlays or any other type of Brainient layers on any embedded video in the page.

The company launched its developer tools at The Next Web Conference in April this year and announced the first of a fresh wave of commercial partnerships, allowing video site SeeSaw to transplant Hulu’s “Choose your own ads” format to the UK for the first time.

If music be the food of love, the Tastebuds is on to a good thing. This Last.fm-powered dating site that we profiled earlier this year matches you with others who share your taste in music.

It’s a simple idea that the site carries off incredibly well and as a niche dating idea we love it. Music taste can often say a lot about a person’s outlook on life and if nothing else, it’s an excellent conversation starter. The service may be a little too reliant on Last.fm from a business point of view, but as a concept it’s beautifully realised. Affiliate links are a major revenue stream for some online publishers. Taking all the effort out of this type of marketing, Skimlinks gets rid of the long URLs that often put users off clicking links. The fact that the publisher is getting a cut from sales of the product they’re linking to is completely invisible, as a Skimlinks URL looks just like a normal non-affiliate link.

It’s a model that has won Skimlinks major worldwide publishing clients. This year the London-based startup launched Skimkit, a product that makes it easy for writers to add affiliate links to their articles, even suggesting items that might be suitable to link to. As satisfying as it is to conveniently order shopping online from home, the wait to get it delivered can sometimes make a trip to a bricks-and-mortar store seem like a better option. Shutl aims to improve on next-day delivery by offering products to your door as soon as 90 minutes after you place your order.

The service works by aggregating capacity across local courier companies into a single web-service that retailers can use to speed up deliveries. A GPS tracking facility in partnership with Bing Maps allows shoppers to track their deliveries in real-time via the Shutl website. The UK startup is currently trialling its service with certain Argos stores in the London area.

It was hard to ignore Swiss startup Paper.li this year. The “Twitter newspaper” startup saw rapid viral growth thanks to the automated tweets it sent out each time a user’s daily newspaper was published.

This annoyed some Twitter users, who found their reply stream filled with announcements that they featured in their followers’ Paper.li publications each day. Still, the service is still growing at a reported 1000 papers per day, with plans to expand beyond Twitter and Facebook and offer users the chance to make money from their newspapers in 2011.

When we covered Nuji‘s launch earlier this month, we described it as “Instagram meets Instapaper” for shopping. This social network sees you sharing things you like, be they items in shops or objects you spot online, as a way of demonstrating your taste. A mobile app lets you scan barcodes while you’re out shopping, making adding items to your profile easy.

As it builds a network of tastemakers, Nuji plans to monetize by offering relevant shopping deals to users based on their interests.

After adding money to their Flattr account, users click the ‘Flattr’ button on pages that they like around the Web. At the end of the month, the money in their account is divvied up to the publishers of the content the user ‘Flattr-ed’. Thus far the service’s most high profile signup has been Wikileaks, which added the button to its Afghanistan war logs page as a way of accepting donations. The service remains one of the few income sources that hasn’t been closed off to the controversial whistleblowing website in recent weeks.

Moshi Monsters from London’s Mind Candy became an online phenomenon for children this year. Youngsters can adopt a pet monster, and solve puzzles to earn virtual currency that can be spent on items to help kit out their monsters’ world with food, furniture treats and the like.

The virtual world has seen real-world spinoffs galore. A deal with Penguin Books was followed by toys, mobile apps and video games in what is set to be a highly profitable year.

France’s Stupeflix offers a browser-based online video suite and this year launched a service to automate the creation of videos, for example, in the online retail sector where a video of a pair of trainers created from a bunch of photos might be more appealing to potential customers than static photos.

Stupeflix also offers an API to automate the processing and generation of video content for third parties. Screach aims to make all sorts of screens interactive by way of a mobile app and a highly customisable development platform. TV shows could use it to allow real-time interaction from viewers, bars could use it to run quiz events with instant on-phone rewards for winners and it’s already being used to enhance a museum exhibit in the UK.

At present there’s little to try out Screach’s mobile app on, but that should change next year when the UK start-up is set to announce commercial partnerships.