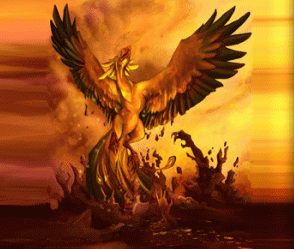 After getting stuck in Paris’ snowstorm (see Dennis’ photo on the right), Dennis Crowley makes it to LeWeb for his Q&A with its charismatic founder Loic Le Meur. “Have you unlocked your Foursquare LeWeb badge?” Le Meur asks the audience. Nearly everyone in the audience at LeWeb raised their hand, a room of Foursquare users, including Google’s Marissa Mayer.

Last week, Foursquare reached 5 million users. The service is growing by 25,000 users a day with an average of 2 million check-ins a day. (The average Foursquare user checks-in 3-4 times a day.) Foursquare’s current user base is 60% U.S. and 40% International with concentrations in cities like London, Paris and Buenos Aires (a city I single-handedly convinced to join Foursquare).

In its Series A round, Foursquare raised just over $1million dollars, enabling them to hire 8 people. Months later, they raised $20 million in Series B, which Le Meur suggested was raised by refusing an acquisition by Facebook. Now, 34 year-old Dennis Crowley runs a 40-person company in the ballpark of $140- $150 million.

“Foursquare is growing and it’s growing fast. We know what the roadmap looks like, it’s just a matter of getting enough people in the room to execute everything,” says Crowley.

In a few questions from the crowd, Crowley outlined his purpose, determination and sensitivity. How would Crowley make the world a better place? “I really enjoy building products. We never set out to make companies,” he answers. “There are things that are broken about the way we are connecting in the real world. We built Foursquare to find a way to remember the things you want to do and to make your experiences richer.”

As far as competition with Facebook? Since the inception of Dodgeball, Crowley has seen a slew of similar check-in type platforms. “I don’t think people have the same approach we do,” he explains. Crowleys aims to make the world a little more fun through game mechanics, which he believes will keep Foursquare unique and independent– at least, for now. “We’re building a platform for connecting people. We’re seeing more and more platforms pushing check-ins to us, like Foodspotting and Instagram. But we’re still in the plumbing business.”

One of the emotional highlights was seeing Crowley get a little chocked up when a young technologist named Daniel from Siberia pitched his location-based scavenger prototype. “It’s difficult to build a platform on Twitter in a country where nobody has ever heard of Twitter,” he said. Expect international announcements like local language editions from Foursquare in a month’s time. But first, Foursquare has to coordinate efforts between its existing New York offices and its new office in San Francisco. And they are hiring, rapidly. Check out Foursquare.com/jobs for more info.

Read next: Sources: Microsoft to open 6 new retail stores in 2011, including one in NYC