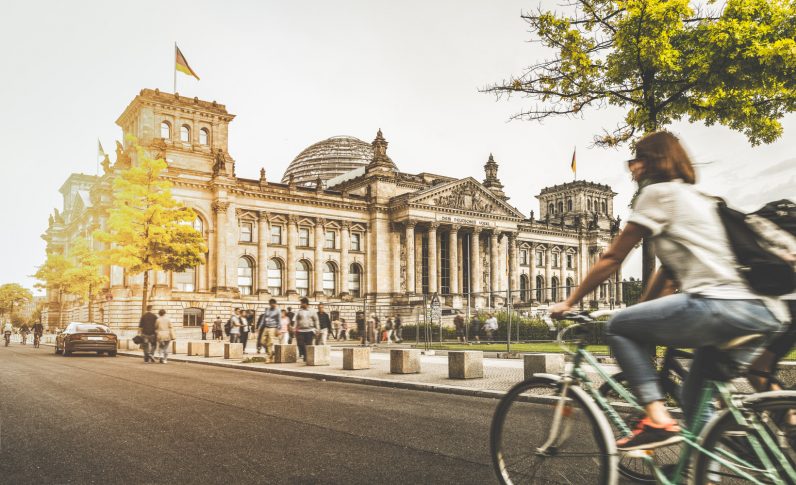 Germany has been a startup ecosystem on the rise for quite some time now. It’s produced a number of global success stories including SoundCloud, Zalando, Flixbus, and HelloFresh.

In 2019, the country was ranked number one in Europe for startups by NimbleFins. EY reported that Germany’s top 100 startups received a total of $11.1 billion in funding in 2019, a significant increase from the $6.3 billion reached in 2018.

While startup ecosystems across the globe have taken a hit during the pandemic, we’re already seeing signs of recovery across Germany’s startup scene, from the creation of new accelerators and venture capital firms to multi-million euro funding rounds.

Just what is it about Germany’s unique ecosystem that’s helped so many startups adapt, survive, and thrive?

1. A network of Digital Hubs

In France you have Paris, in the UK you have London, and in the Netherlands you have Amsterdam. The truly unique thing about Germany is that it’s a country made up of multiple Digital Hubs.

While Berlin and Munich still dominate in terms of startup activity, twelve smaller but flourishing Digital Hubs have popped up across the country. From Future Industries-focused Stuttgart to Logistics-centered Hamburg, each hub specializes in a different area of tech-based on its local resources, industry players, and specialized talent.

The major benefit here is that you don’t have to be in Berlin or Munich to make it. Depending on your industry, smaller cities like Leipzig or Dortmund with lower rents, access to specialized talent, and research institutes could actually be a better option. The growth of these specialized hubs is also helping to attract international VCs looking for specific profiles.

One example of a startup that’s benefited from this is Wandelbots, a Dresden-based company that created a tracing pen that allows operators to easily train and program industrial robots without the need for technical expertise. The company was recently able to close a $30 million Series B funding round from major international investors in spite of the downturn in international startup investment.

2. It’s all about collaboration

The growth of these Hubs is also resulting in more opportunities to connect and combine forces on the local and national level.

For example, neighboring cities Frankfurt and Darmstadt, known for being the financial centers of Germany and for having a high concentration of leading universities, joined forces to create a tech hub that merges its young technical talent and large banking industry. The result has been the creation of a competitive market for innovative fintech and cybersecurity startups.

More recently, the Digital Health Hub of Nuremberg/Erlangen and InsurTech Hub Munich teamed up to create a new cross-industry Digital Health Accelerator which is set to launch later this year.

While these cross hub collaborations are still rare, they could be just what the tech industry needs to reboot business.

Another thing Germany’s Digital Hubs have been really successful at is to help connect innovative and agile startups with more traditional big industry names.

Most of Germany’s major behemoths have their own corporate venture arm setup to scout local startup talent including BMW, Bayer, Siemens, and Daimler. These partnerships have been mutually beneficial with corporations getting the innovation boost they need and startups gaining much-needed funding and support.

In fact, Germany has the most active corporate venture investors in Europe, 91% of all non-IPO exits in 2019 were related to corporates. However, corporations still only spend 0.1% of their revenue on external innovation, so there’s definitely room to grow.

The Digital Hub Initiative, a program created by the government to bolster connections and partnerships between businesses and startups, has helped make talent scouting even easier through a number of initiatives. Its ‘Startup Finder’, for example, is an online database that allows potential business partners to filter through the massive number of startups by industry, location, funding size, and more.

In the current economic climate, these partnerships won’t just be beneficial, they’ll be essential to getting the economy back on track. Startups will need to recover capital lost during the lockdown period. Meanwhile, corporates will need to accelerate their digital transformation as quickly as possible to prepare for an uncertain future.

While its different Hubs are specializing in different industries, Germany has placed a particular focus on fostering the growth of deep tech. The country ranks third place globally for the highest number of deep tech startups, after the US and China. AI & machine learning, logistics, mobility, and IOT are some of the country’s main strengths.

What really helps to make this possible is the spread of its universities and research institutes across the country that provide a place for innovation, entrepreneurship, and talent to grow. Centers such as the Fraunhofer institute help researchers develop their ideas into a viable business plan.

Many universities also have special entrepreneurship centers where they encourage technical students with a great idea to consider the entrepreneurial route. The Strascheg Center for Entrepreneurship at the University of Applied Sciences Munich is one of them.

Finally the money. The government has set up a number of grants to encourage deep tech innovation through much-needed funding. The EXIST Business Startup Grant, for example, is open specifically to students, graduates, and scientists based in research institutes and universities offering pre-startup funding and support to get started.

During the 2008 crisis, it was Germany’s investment in research and innovation that helped it recover much faster than many of its neighbors. In fact, Dutch Research Organization TNO recently published a position paper arguing that the Netherlands should take inspiration from Germany by ‘innovating itself out of the crisis.’

Finally, the German government has shown its intention to continue growing its startup ecosystem into the future with the significant economic support it’s shown during the crisis.

During the lockdown, the government introduced a €2 billion state aid package to keep struggling startups afloat. It also provided a 100% guarantee to all loans up to a maximum amount of $540,000 for small businesses with fewer than 50 employees and $868,000 for larger ones.

While these are all great conditions for a strong ecosystem, what’s still holding Germany’s startups back is a lack of domestic funding opportunities. So far, a majority of the late-stage investment has been covered by the US and Asian-based investors. This dependency means that if the crisis results in a prolonged downturn in foreign funds, Germany’s hard-won startup ecosystem could face tough times.

Due to the research-intensive nature of deep tech, these startups in particular are in need of much larger investment rounds than they usually receive from German-based investors, pushing them to look abroad.

But new initiatives are already being generated to help fill this gap.

Former Rocket Internet execs recently announced their intention to start a new Venture Capital firm focused on deep tech. In particular, their plan is to scout talent in, “tier-two cities around Germany, such as Karlsruhe, Aachen, and Tübingen, which contain technical universities and large research centers.” The fact that these founders decided to start a VC firm in the midst of the pandemic induced economic downturn really demonstrates the confidence many have in the potential of German Deep Tech.

To bring even more visibility and investment opportunities to top startups across the country, The Digital Hub Initiative has teamed up with TNW to organize the first live-streamed Startup Games on July 23rd. During the event, ten startups from different Hubs will pitch their business to a panel of international investors.

Learn more about the upcoming event and how you can stream live from home.

The fast-growing Hubs, deep tech innovation, and talent are already there, it’s just these kinds of investment raising initiatives that are needed to keep Germany on track to becoming a powerhouse startup ecosystem.

This article is brought to you by The Digital Hub Initiative.