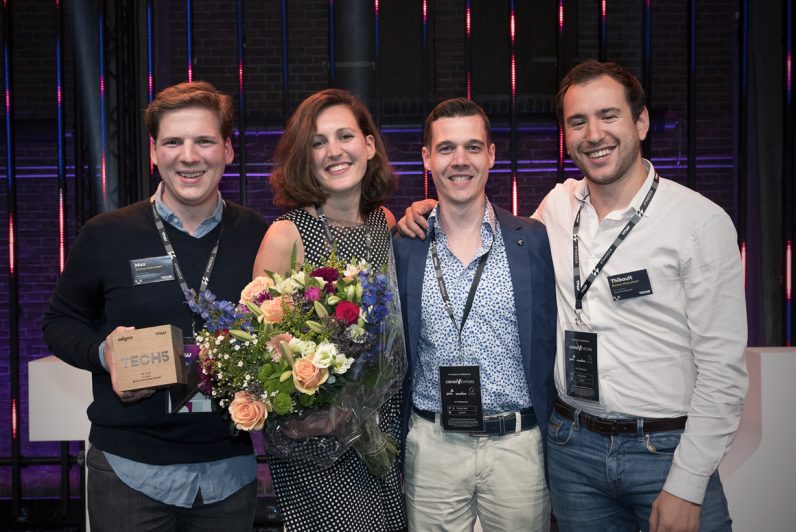 For the fifth year in a row Adyen and TNW teamed up to find the fastest growing companies in Europe’s six hottest startup ecosystems: the United Kingdom, The Netherlands, Germany, France, Spain, and Sweden. The winner, mattress business Emma (Germany), was announced tonight at TNW Conference Founders Dinner in Amsterdam, The Netherlands.

To search for the fastest-growing startup, TNW reached out to hundreds of companies identified as fast-growing based on their research and asked them to sign up for the Tech5 competition from January to March. Since TNW needed to verify that the growth rates were legit, all the companies who signed up were asked to confirm their growth rates by signing an affidavit.

Between April and May, the Top 10 per country were invited to a celebratory dinner in their respective countries during which the winner of that country was announced. However, the Top 5 companies of each country were also given complimentary tickets to The TNW Conference in Amsterdam, The Netherlands forming the Tech5 of each country and when combined, the European Tech30 list:

Looking at the European Tech30 list, Germany secured four spots in the Top 10. This is probably because eight out of 10 German startup founders are eyeing global expansion. German companies also have great funding with every 50th startup raising more than 50 million euros.

The dinner had over 100 attendees including the Tech5 2018 cohort, Tech5 alumni, investors, media, and partners. Whilst Ayden and TNW are the official Tech5 competition partners, KPMG also pitches in to sponsor the Tech5 Founders Dinner.

Last year’s winner, Misterfly, managed to grow by 48000%. Altogether, the Tech5 2017 Top 10 cohort have raised over 10 billion in funding while eight have reached unicorn status. These include Home24, Deliveroo, Transferwise, among others.

“It’s really exciting to see these innovative startups thriving across Europe,” says Prins. “We have seen genuine world-leading companies in this year’s Tech5 competition, proving that Europe is great breeding ground for startups. Adyen is fortunate to work with so many innovative young companies to help them grow by accepting payments in new markets across the globe. I’m sure many of the companies in Tech5 will be on to bigger things in the near future.“