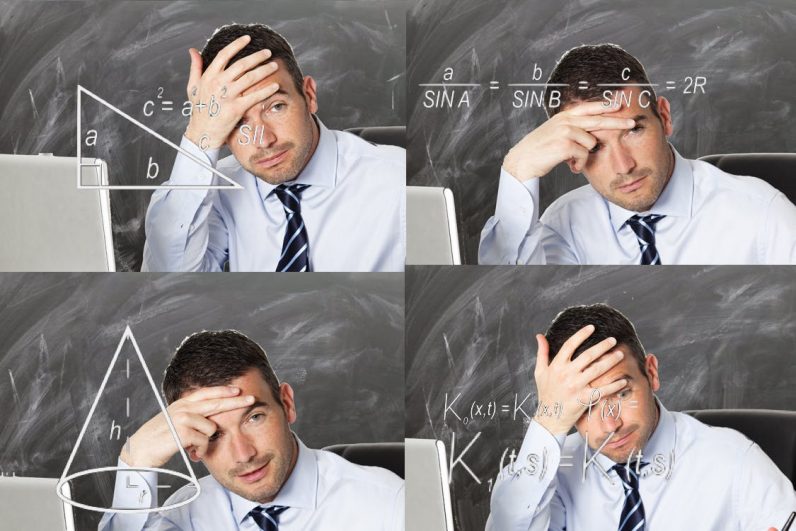 In theory, civilization should prosper with commerce. But as companies acquire more resources, global citizens are getting left behind. In 2017, 82 percent of newly generated wealth went to the richest one percent of the global population, according to Oxfam.

Examine patterns at the country level, and you’ll see some surprising trends. In the United States, corporate profits are soaring. But benefits aren’t trickling down to worker and pay is stagnant. Corporate conglomerates, struggling to stay afloat are shutting down stores and initiating mass layoffs to keep their businesses afloat. People are losing their jobs, dealing with unmanageable student debt loads, unable to afford housing and realizing that—thanks to inflation—their hard-earned dollars are capable of purchasing less.

Around the world, hyperinflation is causing people to stop relying on government infrastructure.  In Venezuela, where people cannot afford basic goods and services, people are turning to mining Bitcoin—a more reliable monetary system than the one that their national government can currently offer.

There’s an obvious disconnect between ‘business as usual’ and “business as it needs to be.” From energy to education, communications, and agriculture, the infrastructure that powers the world needs help. The need to align profit-motives with social well-being is stronger than ever.

This is not an article about communism or socialism. Nor is it a political debate. Read it as a framework to learn how businesses—and executives’ bottom lines—can be better by adding value to the world, rather than purely extracting it. Here’s how.

1. Tear down walls between profit and philanthropy

Integrate the two concepts into a cohesive business strategy

Have you ever wondered why revenue objectives are often separate from what nonprofit and corporate communications teams call “philanthropy” or “giving?” These divides shouldn’t exist. They’re arbitrary and operate as distractors for companies looking to align motives with social service,  explains Steve Polsky in an interview, a seasoned executive and current entrepreneur in Silicon Valley.

“We need to reframe our thinking about the world,” says Polsky. “Not all philanthropy calls for grant-funding. We should stop worrying whether an initiative should be for-profit or nonprofit.”

Instead, leaders should focus on the business opportunity and seek to align profit motives with “good” motives.

Polsky has held leadership roles at companies like Flixster, Edusoft, as well as venture capital firms like Infinity Capital. Today, he is the founder and CEO of Juvo —a company that works with mobile network operators worldwide to bring financial inclusion products to 2.5 billion creditworthy, underbanked people around the world.

Telecommunications is a sector with assets that include cable lines, cell tower, and communications infrastructure. Companies in the industry are uniquely situated to reach people far and wide. But for decades, companies have been struggling to keep pace with open market innovation in carving out new revenue streams. Using Juvo’s software, telcos can offer zero-interest airtime credit loans to people in cash-based societies. Underbanked populations gain access to financial services based on their payback patterns.

“This dollar is a new dollar that the company would not have otherwise gotten, from a customer that is accustomed to using multiple prepaid sims,” says Polsky. “It’s not cannibalizing another line of business. The most rewarding thing to me is seeing this model working at scale when your product is reaching double-digits of a country’s population.”

2. Use regional tax laws to align with nonprofit missions

Integrate ‘giving back’ into the core structure of your business

Average tenures on the Standard & Poor 500 companies in the US are getting shorter. Big companies like HP and GE are trimming off business units to move with more agility. Overall, stock markets are volatile, and worldwide, trade policy negotiations have created uncertainty. With chaos and risk dominating business climates, “charitable” sectors and early-stage ventures are navigating uphill battles towards stability.

One way that Fidelity Charitable addresses this challenge is through the development of its donor-advised funds. This is a charitable investment account, with a sole purpose for supporting charitable organizations. Companies can contribute cash, securities, and other assets. Fidelity Charitable facilitates an immediate tax deduction. Companies can then invest those funds for tax-free growths and make grants to any IRS-qualified public charity.

“One of the most common misconceptions is that impact investing requires sacrificing investment performance,” says Gelfand.

“While this has been debunked by numerous studies, there is still a lack of awareness around the fact that many impact investments perform on par with conventional market investments. Further, companies that have embraced practices that are good for society and the planet—for example, fair hiring practices or environmental risk management have been demonstrated to exhibit lower financial risk. Participating in impact investing through a donor-advised fund is a way to support those companies while creating additional dollars for charity.”

Institutional investors generate financial returns for both themselves and the global communities that support them in their success. Tax benefits make this transfer of wealth feasible.

“Business can be a tremendous force for good, but the nonprofit sector has spent a lot of time examining and designing solutions to address the complex and multifaceted issues facing the world,” says Gelfand.

“Further, many new solutions with promising business models need funding to get up and running. Connectivity and dialogue between philanthropic and private sectors are critical for building solutions with meaningful impact.”

Recognize that transparency has a role to play in doing good

Yes, it’s true that the many people who prospered from early cryptocurrency investments were hackers, drug lords, and other individuals engaged in scrupulous investment practices. It’s also true that the majority of today’s initial coin offerings are predatory, financial scams.

But a new wave of blockchain based technology is remixing nefarious “underworld” practices into systems for accountability and transparency—bringing more stability to supply chains, agricultural practices, and cyber defense. As one example, consider up-and-coming company Earth Twine. Based in New Jersey, the startup uses its knowledge and understanding of traceability, data, blockchain, and related technologies to bring more accountability to the food industry.

“Briefly, our goal at Earth Twine is to provide a seafood supply chain tracking system, at competitive prices, to the seafood industry worldwide,” says Nancy O’Mallon, founder and CEO at Earth Twine.

“Our purpose is to usher the healthful management of ocean resources and to drive technological growth and advancement throughout the seafood supply chain.”

Public and private blockchains have information-driven applications beyond cryptocurrencies and financial services. These technologies create information-driven reward models that share and shepherd information. Companies can contribute to blockchain ledgers to build safer, more stable practices in the industries that they serve.

The term “business as usual,” shouldn’t mean “business is business” and “philanthropy is philanthropy.” The world is changing, and basic needs of everyday people are increasing. As the role of corporate conglomerates starts to evolve, new opportunities arise for early-stage ventures. What’s good for the people is good for business. Future profits, revenue streams, and business health hinge on this premise.

Inspired? Help fund some of the most promising social impact startups from around the world, without spending a dollar of your own money – at chivas.com/the-venture.

This post is brought to you by Chivas Regal.