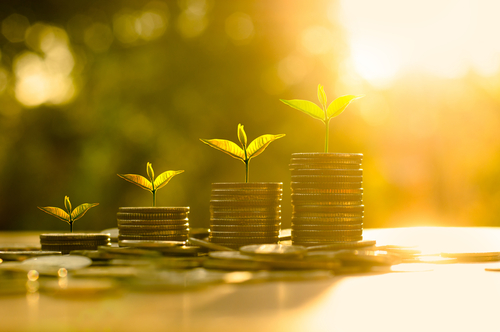 Take it from someone who survived the Shark Tank: the journey of raising capital for a startup isn’t easy. If it was, every business would get off the ground without a hitch.

The truth is, even the best startups have to work hard to raise money. In fact, a 2014 CB Insights survey found that almost a third of startups fail because they run out of money.

As grim as that might seem, successfully raising capital for your business is possible, especially if you heed the advice from those who have been there before.

I can only describe my journey going from $13,000 to $20 million in funding for The Bouqs Company as a whirlwind learning experience. But now I can pass that knowledge onto you.

Here are five lessons I learned while on the path toward raising capital for my startup:

1. Nail down your pitch.

You are your startup’s biggest fan. You believe in it wholeheartedly and if faith paid the bills, you’d already be a huge success. You have to convince investors that your startup is worth the money. To do that, you have to have a stellar pitch.

When I first started raising capital, my pitch needed a lot of work, so early investors passed. I didn’t know what I was selling yet and didn’t have the vision nailed down. It took talking to advisors and friends about my business to nail down a pitch that was strong and enticing.

It also made me realize that I needed proof points, or evidence that the business could thrive, to support the beautiful deck I had. Without those, it was proving to be impossible to motivate investors to write a check.

Some key milestones include:

2. Look to your friends and family – even if they’re not Mark Cuban.

The last quarter of 2015 brought some bad news for startups. According to a report by CB Insights, venture capital-backed companies raised $11.5 billion (billion!) less than they did in the third quarter.

That’s exactly why getting funding from the big names shouldn’t be relied on as the only path.

I started my business in late 2012, without many connections to the high net worth/venture capital community. So, we started a (real) friends and family round. It literally involved my mom, my sister, and a few of my best friends – none of whom are anywhere near being millionaires.

Running a startup is the most insane balancing act anyone can ever experience. It’s not taking one step at a time; it’s taking a thousand steps in a thousand directions simultaneously, and living to tell the story.

For instance, a lot of people think that raising capital for a startup and running a startup are two separate steps. First, you close capital, then you start operating. But that’s just not the case. You have to build the car while driving it.

If sales don’t increase or if the product isn’t built, initial investors won’t see the results they want and new ones will steer clear. So it can’t be either funding the business or running the business; it has to be both.

I was constantly reaching out to investors, accelerators, angels, and other entrepreneurs in the early days, but none of that would’ve mattered without execution. During The Bouqs Company’s first year, we executed the heck out of that business.

We hit every number for our first year within five percent of the model. And having that goal-oriented outlook turned out to be an integral part of success.

Money attracts more money. So getting that first check is key.

In the The Bouqs Company’s case, we went from friends and family to small investors to catching the eye of Shark Tank. Even though my appearance on the show didn’t lead to a deal, it drew a lot of eyeballs. Sales skyrocketed and more and more investors became interested.

It’s more important to make deals with people and organizations that “get” your company than to get as many investors as possible. Quality over quantity.

For instance, I found a great partnership with Azure Capital Partners and Paul Ferris, an amazing investor with a great track record.

After Shark Tank, we received a lot of interest, but no one understood and believed in the business like Paul. Look for partners who truly understand and support your mission.

When it comes to raising capital for your startup, you’re going to hear the word “no” a lot. Get used to it.

A 2015 State of Startups survey found that 54 percent of startup founders believe the investors will gain more control in deal negotiations in the next few years. So this will only get more common.

Especially after some measure of progress, hearing “no” feels like a personal rejection. After all, your company is a reflection of you – it’s your baby. It can feel like someone is saying you’re wrong, you’re not good enough, or you’re not interesting or valuable.

Hearing “no” makes it seem like you’re taking two steps backward every time it hits your ears. But be prepared for it; you’ll literally hear hundreds of “no’s” if you’re hustling on the trail.

Just remember: it only takes one yes. So embrace the “no,” keep faith in your business, and use the rejection to propel you forward.

Raising capital for your startup is about looking around throughout your journey and figuring out what you can use to your advantage. Whether it’s proof points, your family and friends, PR breaks, or just your own unstoppable will, these are the tools at your disposal.

Use them as best you can, because one thing’s for sure – the money isn’t just going to show up, you have to go get it.

Read next: 20 of our favorite startups from TNW Europe