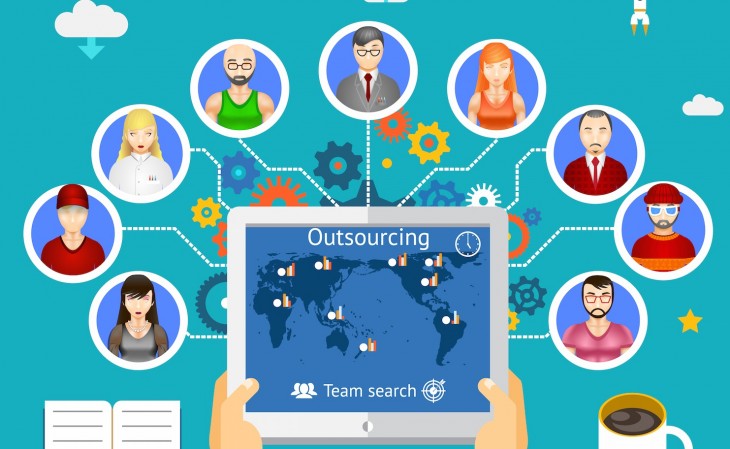 Nick Francis is a co-founder at Help Scout. This post first appeared on Help Scout.

One of the best decisions we’ve made at Help Scout is to build a remote culture. The twenty people on our team hail from eleven states and four countries (including the US). While the benefits of a remote culture are tremendous, being successful requires radical commitment from leadership on your team.

As a founder or manager, this isn’t a decision to take lightly, because it will undoubtedly make your job harder. Remote teams require more organization, better communication, and a high level of proactive transparency from you.

We’ve made our fair share of mistakes and learned a lot over the last three-plus years. If you are interested in or are actively building a remote culture, I’m hopeful this essay includes at least one thing you can implement.

A friend and investor in our company, David Cancel, once told me that you have to choose remote culture or office culture and stick to it, because there is no in between. I strongly agree with David’s observation, because hiring for “culture fit” looks different based on which one you opt for. Trying to optimize for both will likely result in remote employees feeling like second-class citizens.

When an office culture makes exceptions for remote people, rather than embracing remote culture wholeheartedly, it doesn’t work. People in the office end up having access to information that remote people don’t have. It could be the result of water cooler discussions, spontaneous whiteboard sessions, or meetings where you forget to dial in remote people. Once a remote employee feels out of the loop or forgotten, you’ve lost her.

On the other hand, remote culture clicks when everyone has access to the same information. As a manager or CEO, it’s your job to make sure that happens. Jason Fried and David Heinemeier Hansson touch on this very clearly in their book, Remote: Office Not Required:

As a company owner or manager, you need to create and maintain a level playing field—one on which those in and out of the office stand as equals. That’s easier said than done, but one way to better your chances is to have some of the top brass working remotely. People with the power to change things need to feel the same hurt as those who merely have to deal with it.

At Help Scout we chose a remote culture, but we still have an office for the people in Boston. It works because we’re all used to communicating as though we’re remote. I sit fewer than 10-feet from most of the people in our office, yet most of our discussion happens in Slack or Trello. We can work from home on a snow day and nothing changes. Want to discuss an idea or have a meeting? No problem! We’re all trained to loop in the team on Join.me or have a spontaneous video chat in Appear.in.

Our hiring process zeroes in on personality traits and values that align well with remote work. We’ve made numerous mistakes along the way, and learned some important lessons.

First, we learned to only hire remote people who have a track record of excellence.

Seeing as remote work is very flexible, the person has to be great at managing his or her priorities and working autonomously for large blocks of time with little to no management. There’s no substitute for experience when it comes to mastering these skills.

The downside to this approach is not being able to bet on talented people early in their careers. As a result, the average salary on our team is higher than most, but it reduces the number of hiring mistakes we make. It also helps us keep the headcount to a minimum, which reduces overhead and allows our team to move faster in all aspects of the business.

Making remote culture work is much easier if you hire the way Phil Libin of Evernote suggests:

“Everyone who reports to me has to be much better at doing his or her job than I could ever be.”

Another important consideration not many people think about is writing. Remote employees will communicate mostly in writing (chat, email, documentation), and they need to be great. A bad writer could turn a two-minute chat into a 10-minute chat, which is very costly. Our hiring process tries to tease out writing skills so we know that potential employees can communicate clearly about complex issues.

A bonus in the hiring process is talking with someone who’s worked remotely before and enjoyed it. If you interview someone who hasn’t worked remotely, be sure that you cover any concerns and possible issues at length. While no one has taken us up on it yet, we offer to rent people a desk at a local co-working space if they prefer to be in an office. An office preference is perfectly reasonable and something you can still accommodate with remote employees.

Just because the pool of potential candidates is much larger when you have a remote culture doesn’t mean hiring is easy. There are a ton of great people out there who aren’t browsing job boards or visiting your website. Half the people we’ve hired at Help Scout were actively recruited by someone on the team. As a CEO, I spend at least 20-30 percent of my time each week recruiting people to apply for a position with us.

We’ve had success with a few different recruiting platforms. AngelList and StackOverflow are my personal favorites. StackOverflow is good for engineering jobs, whereas AngelList is good for almost any startup job. We’re also experimenting with Poachable and a few others.

Depending on the position, we like to post on select job boards where our ideal candidates might hang out: WeWorkRemotely, Dribbble (designers), GrowthHackers (marketers) and SupportOps (support). The job boards you select should be targeted and align with your culture in some way. More visibility is not better, so posting on Monster, CareerBuilder, and all the big ones will only create more work for you. For highly-skilled positions, using the big sites is like trying to find a needle in a haystack.

Finally, we don’t hire any outside recruiters. Since we are able to hire people in almost any country and most recruiters have a local focus, it’s usually not the right fit. I also think it’s a much better experience for candidates to hear about a position directly from us, rather than someone that doesn’t know the company very well. There are certain executive level positions that may require a recruiter to identify a great person, but we’ve not had any experience with that yet.

Managing a remote culture can feel overwhelming at first. It’s a real paradigm shift, but there are a few cornerstones that, when executed well, help bring everything together.

In my opinion, transparency is the most important cornerstone of remote culture. By giving everyone access to the same information and designing processes accordingly, you eliminate the most common cause of remote team failure.

Keep everyone in the know and it’ll be like they are sitting next to you.

Tools like Slack have made it easy to pipe company data into a place where everyone has access to it. At Help Scout we use Dropbox the same way, so that information across all departments is readily available. We have a Slack room called #huddle in our account, which is reserved for long-form updates about the business from different departments. It could include product release notes, metrics from last month, information about a new hire, or maybe just an update on a company policy.

One-on-ones are really difficult to scale as a company grows, but I think they are table stakes for any company culture. Michael Lopp sums it up nicely in his book, Managing Humans:

A one-on-one is a weekly investment in the individuals that make up your team. If you’re irregularly doing one-on-ones or not making them valuable conversations, all you’re doing is reinforcing the myth that managers are out of touch.

The best way to measure the success of your remote culture is through empathy. Work from home for a week, then talk to the remote people on your team, and you’ll get an idea of what can be improved. Now more than ever, the technology exists to make it happen rather seamlessly.

This is great, but can it scale?
Especially in the technology world, businesses are far too worried about future scale when that’s not the reality they live in. You only need to worry about scaling for the next five people, then the next five people, then the next. But to answer the question: yes, it scales. A case in point is IBM’s 386,000 employees, 40 percent of which work remotely. It’s saved them billions of dollars in office space expenses.

Where can I read more about building a remote team?
I highly recommend the book Remote: Office Not Required, by Jason Fried and David Heinemeier Hansson of Basecamp.

Do you pay people differently based on geography?
In the interest of keeping everything simple, we have one salary formula that’s public to employees and is the same no matter where you live. High cost of living cities get a $10k increase in salary, but that’s the only difference. We base salaries on market rates in Boston and only come up short in places like New York City or San Francisco.

Read Next: Working remotely doesn’t mean you should work from home

Read next: Sprint reps will personally deliver your next phone upgrade to your house