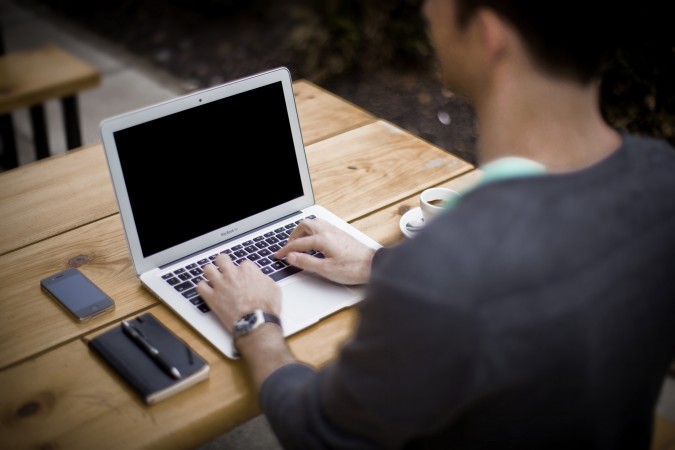 He grew up on a commune with no internet or TV. He dropped out of college, using credit cards and home equity lines to bootstrap his first business. And without a penny of outside funding, Gabe Luna-Ostaseski scaled Calfinder to more than $20 million.

But Calfinder was not without its woes. After growing his sales team to nearly 50 and closing four times the number of deals, he noticed that increasing the team had cost Calfinder $1 million – and cut the lifetime value of their customers in half.

His solution? Fire 42 salespeople to focus on the six most successful, then use data to replicate their actions.

Now, Luna-Ostaseski wants to teach startups how to share his success and learn from his mistakes. Upshift, a Bay-area accelerator, helps startups scale through customer acquisition.

After testing the idea last year, Upshift launched in San Francisco this past March. The team works with select VC partners and angel investors, including Dave McClure of 500 Startups, to help grow their portfolio companies.

“[With Upshift], I was just solving my own problem,” he told TNW. “I wish that someone was there to show me the way and save me millions of dollars of mistakes and missteps. I believed that there had to be a better way than the current system, which essentially leaves entrepreneurs fending for themselves and relying on coffee shop advice.”

Through a 12-week program comprised of 150 deliverables, Upshift’s first five companies have raised more than $215 million. Thumbtack, which matches professionals to projects, has raised rounds of $30 and $100 million. And Pablo Fuentes, Co-Founder and CEO of Proven and a current member of Upshift’s cohort, says his team has gone from losing to making money each month by using Upshift’s tactics to pivot their pricing model.

”A lot of our sales and acquisition was being done in a way that doesn’t really scale well,” Fuentes told TNW. “In-depth conversations are a good way to gain traction, but they don’t help you grow more sustainably

As the accelerator model has evolved over the past decade, there has been a gap for acquisition education. McClure says that as more accelerators go to market, they will follow Upshift’s lead by specializing in specific pain points. “Many will probably suck,” he told TNW. “But some will survive, and a few will thrive.

“Still, just like the startups they birth, most accelerators will not be sustainable for long and 90 percent will likely fail and shut down within a year or two,” McClure cautions. “But this probably isn’t much different than any new industry, and probably they will not suck any worse than most community colleges and MBA programs.”

Holmes attributes Hootsuite’s success to its initial freemium model and global ambassador program. But he’s also adamant that for startups to succeed, they can’t waste time becoming profitable. He says that startups with strong engineering teams but weak GTM strategies have the most to gain from partnering with Upshift.

For startups that have yet to prove their worth as businesses, this is especially crucial – Holmes says that salespeople who used social media outperformed peers by 73 percent.

“An obvious but major challenge of being a startup is that you don’t have any history or data yet to draw on to plan your customer acquisition strategy accordingly,” Holmes told TNW. “It’s difficult to have systems in place to manage an uncertain future. You could overbuild and not meet demand, or underbuild and have too much demand. Startups need to find a way to keep growing, but not choke themselves too early on.”

Thus far, Upshift has limited its cohorts to seven startups each – but that will change in 2015. Luna-Ostaseski plans to expand this number to 12-14 by the end of Q1 next year. With three cohorts complete for this year, he projects that Upshift will have mentored 20 startups within its first nine months. But because these startups are at a more advanced stage, getting in is not easy.

“We…typically gravitate towards technology plays that are disrupting old, ‘unsexy’ industries like construction, retail, healthcare, and insurance, to name a few,” Luna-Ostaseski says.

“The kinds of companies we select are with those that have been personally endorsed by our VC partners, experienced rapid early adoption, have large potential markets, a solid technology team, and need to build an engine to acquire customers at scale.”

McClure says that scale separates an idea from a business. For this reason and others, Upshift gets his seal of approval.

“Upshift brings a set of skills & expertise that help our founders grow their sales and marketing further,” McClure says. “We see eye to eye on many of the techniques that help startups scale, and we like how our respective strengths align.

“And,” he adds, “We also really like Gabe’s amazing ‘fro, and his wife’s awesome scotch.”