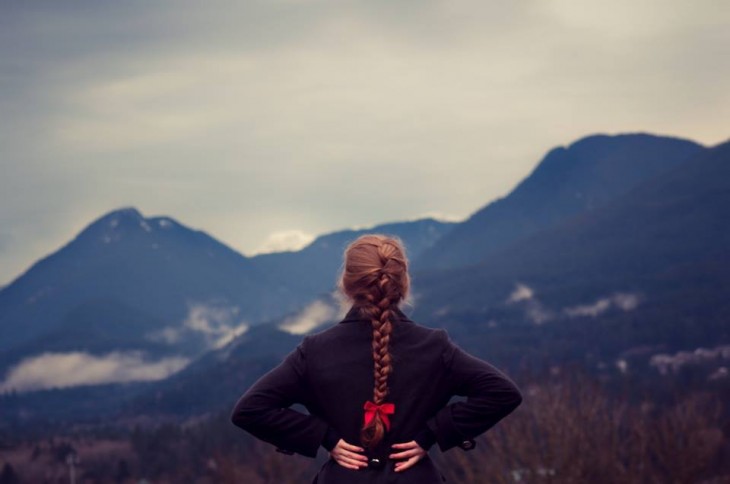 The original version of this article was published in Lantern, a publication that examines the business of living.

As workers in fast-paced, high-pressure, scenarios (entrepreneurs, aspiring business leaders, many folks in technology or a competitive corporate field), a lot of us have to deal with fear. Pitching rich people on ideas that we’re not certain will work out. Attempting to get more clients. Doing battle with external and internal competitors.

It can be terrifying.

Fear can paralyze us

Because of its unpredictability, the mere thought of doing something we fear can induce anxiety in many of us.

Yet it’s also the key to growth. A few occupations require that people work with fear almost daily. For example, most of us run away from even the most minor forms of conflict. Yet fighters and boxers have to deal with it regularly, even if their opponent happens to be four times larger than them (here’s another one).

As it turns out, fighters aren’t just born with more courage than the rest of us. They’re trained to deal with fear – to the point where some need fear to thrive.

In his autobiography Undisputed Truth, Mike Tyson recalls his trainer Cus D’Amato talking about fear, and how to overcome it:

Fear is the greatest obstacle to learning. But fear is your best friend. Fear is like fire. If you learn to control it, you let it work for you.

If you don’t learn to control it, it’ll destroy you and everything around you. Like a snowball on a hill, you can pick it up and throw it or do anything you want with it before it starts rolling down, but once it rolls down and gets so big, it’ll crush you to death

So one must never allow fear to develop and build up without having control over it, because if you don’t you won’t be able to achieve your objective or save your life.

In order to retain control of it, you should be keeping your fear to a bearable level. Once it crosses a certain threshold, your priority should be reigning it back in – otherwise, all bets are off. That means developing methods to relax or consistently reduce fear – and understanding what triggers fear – could be helpful to maintaining control.

Similarly, Bruce Lee had some words about fear being a potential barrier to learning in Striking Thoughts:

The enemy of development is this pain phobia – the unwillingness to do a tiny bit of suffering. As you feel unpleasant you interrupt the continuum of awareness and you become phobic – so therapeutically speaking we continue to grow by means of integrating awareness/attention.

Lee also believed that fear was the first step of a deeper journey: “To understand your fear is the beginning of really seeing.”

For his book The Fighter’s Mind, author Sam Sheridan interviewed a series of UFC fighters, including Kenny Florian. Florian recalls the journey in the spotlight during his time with the UFC – and how he started his career off by losing a fight he had a good chance of winning:

‘I was so nervous. The real ability now is that I’m mastering that fear. I’ve had way more fights in the UFC than locally, so I did my growing up in the UFC, which is a tough thing to do. It was a blessing and a curse. A lot of doubt and fear, and the uncontrol was scary, but now I use that fear.

It puts the pressure on me in a good way.’

The ability to make fear work for you is essential, and there are no short cuts. It takes experience and time.

There are no short cuts in learning to deal with fear

If you’re regularly in high pressure situations, it’s possible to frame each day as another opportunity to master your fear. Similarly, just because you start off on the wrong foot, it’s not the end of the world.

Another point to remember is to step back from whatever it is you’re fearing and looking past the situation. In Sheridan’s interview with Randy Couture:

‘The first thing is perspective. I frame things in a positive way and stay reflective. It’s almost a cliché, but in the grand scheme of my life, if the worst thing that happens to me is I lose a wrestling match, even if it’s the Olympic finals, then I’m doing pretty damn good.’ A fight, even a title fight, barely registers.

Right away that takes some of the pressure off. I know I’ll survive it, it’s not the end of the world. I won’t like it; I don’t like to lose, but the people who really care about me don’t care about me because I win. They care about me and want me to be happy.

I think this helps me overcome the classic fear of failure that most athletes set themselves up for. They’re so worried about looking stupid, or making a mistake, they don’t do what they’ve trained to do. They get in their own way.’

This may come as a relief or as an unpleasant truth, but the world cares much less about the thing that your fear than you do.

In his early days, Frank Shamrock was once forced to fight his teacher’s teacher. He knew he was going to take a beating. As he recalled for Sheridan in The Fighter’s Mind:

Frank taught himself to meditate in hotel rooms in Japan. ‘The logic wasn’t there, of a way to beat this guy,’ he says, ‘and I had so much fear and anxiety. I had to try something. I got inside myself, just trying to calm down. I was sitting in the hotel, thinking, ‘Oh my God what am I doing?’ when I realized I had to relax.

So I worked on it. Deep breaths, eyes closed, just thinking about individual techniques. I relaxed and it worked. I started to do technical visualization. Then I went out there and Funaki kicked the shit out of me.’ Frank dissolves into feral cackles, genuine deep amusement. ‘Yeah, he smashed me, but I came back and beat him later.’

Although Frank wasn’t victorious in the fight, he picked up a much more valuable skill as a byproduct: he learned how to cope with his fear. Meditation and visualization may not be able to prevent your fears from coming true, but it can help you stay calm and keep your fear under your control.

Fear can be a serious inhibition to progress. In Striking Thoughts, Bruce Lee wrote, “There can be no initiative if one has fear, and fear compels us to cling to tradition, gurus, etc.”

The next time you feel fear’s grips, remember what Cus D’Amato told Mike Tyson:

Well, there is no difference between a hero and a coward in what they feel. It’s what they do that makes them different. The hero and the coward feel exactly the same but you have to have the discipline to do what a hero does and to keep yourself from doing what the coward does.

And if that’s not enough for you, remember: This too shall pass.

Read next: Roll your own photo presets with Mix for Android