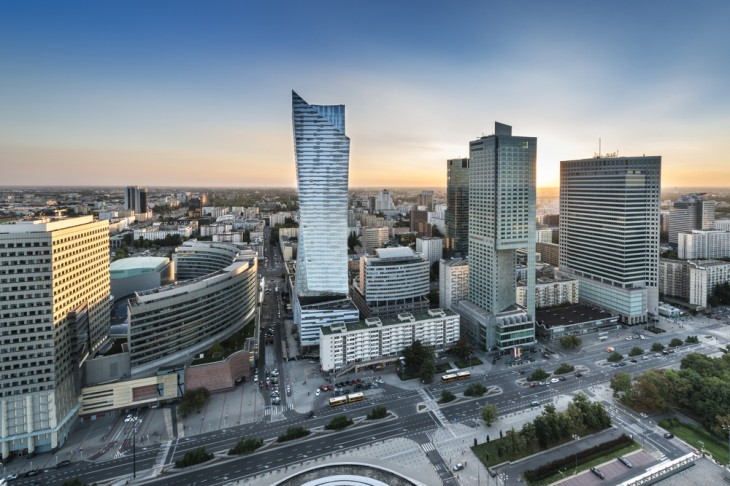 Borys Musielak is the founder and CEO of Filmaster.

When we raised a seed round for Filmaster from a German fund HackFwd in Spring of 2011, we were one of the first Polish startups to work with a foreign investor. Traditionally, Web companies in Poland were focused on the local market of 40 million people, which seemed big enough to scale their business.

Big European and US­-based VCs, however, were not impressed. They looked for startups with global ambitions, something the Polish ones lacked. Three years later and Poland has got a number of well-­funded startups disrupting global markets. What the hell happened?

By accident, community is born

With fresh funding on my company account, I started looking for a nice place to work. The search wasn’t going well. All the cool lofts were either too expensive or too far away from the Warsaw city center.

It turned out I wasn’t the only desperate one. With Kuba (Netguru) and my friend from college Anna (Homplex), we teamed up and found a cool old-­fashioned house in Żoliborz where we settled. We moved in on July 1, 2011 and invited friends from emerging startup community to work with us.

We called the mansion Reaktor, as we wanted it to be the place where people and ideas collide and where disruption is born. When we threw the house­warming party, we did not expect it would attract over 100 founders from all around the country. At that point we realized that Warsaw lacked a place where startup people could feel at home.

Overnight, the house became an epicenter of the Warsaw startup community. We decided to host monthly meetups inviting accomplished founders from all around Europe to share their stories. Because everything we did was in English, we quickly started to attract foreign investors and journalists looking to find out about the Polish startup ecosystem.

With access to great founders and early look at new projects, we became a good proxy to match foreign investors with local startups.

Jerry Colonna, John Biggs, Simon Cross (Facebook), teams of Babelverse, Infogram and EyeEM shared their stories in Warsaw. The stories spread when we shared their successes and failures to the world, thanks to Web streaming and Vimeo.

Have you heard of Ela Madej? You should! She was the first Polish founder to be accepted into YCombinator (and failed), turned her Cracow­based software Applicake house into Base, a leading CRM app for the post­PC world, raised $22.9M in funding to date and continues being just as open and helpful as before she made it big.

Ela gave an amazing talk during one of the events inspiring a number of fresh founders to “do crazy shit” as you never know what turns out to kick off.

Showroom is another example of a Polish startup which has grown considerably in the recent years. Before its founders made it to the top they had to learn that a failure is integral to successful career. Michał Juda and Jasiek Stasz gave an honest talk about the mistakes they made while building European’s biggest marketplace for independent fashion.

Finally, Yuri Drabent, a celebrity-­status founder of Lubie.to, a social media agency now acquired by Isobar, shared his thoughts on the importance of personal branding to your startup’s success. If you’re going to watch only one online talk by a Polish founder in your life, go for this one.

When Kamil Adamczyk first told us about his ideas to constantly measure your brain activity with a sleep­mask which wakes you up in the middle of the night so that you can work on your startup, we thought he was crazy. His IntelClinic pitch at TechCrunch Meetup Warsaw that left John Biggs wondering whether Kamil’s real business wasn’t selling meth didn’t make it better.

The company became laughing stock. No one laughed half a year later when Kamil raised close to half a million dollars on Kickstarter to make his sleep dream happen, and then proceeded to win LeWeb Startup Competition as the best startup in Europe. I still don’t know how and if it works, but the guys seem to know what they’re doing and they are onto something big.

The rise of iBeacon

About the same time, Jakub Krzych pitched his new venture called Estimote, asking us for intros to some EU-­based investors. He described his company as “Google Analytics for the real world” and talked a lot about something called ‘beacons’­ that was going to be huge in the coming years.

Fast forward a couple of months and Estimote joined YCombinator as the second company from Poland. About the same time, Apple released iOS 7 with integrated iBeacon.

Estimote won Best Hardware Startup award at TechCrunch Disrupt and quickly followed ­up by raising 3.1m USD, becoming one of the pioneers in iBeacon technology. The guys now work with brands like Virgin Atlantic or Easyjet.

The success of Estimote helped other Polish iBeacon companies like Kontakt.io and Ifinity to find funding and traction, making Poland the world player in the fast­growing iBeacon industry.

When Michał, Marcin and Paweł came to work at Reaktor in 2012, they had been bootstrapping an invoicing platform Fakturownia for a while. They also worked on three other startups (all targeting the Polish market) at the same time and really struggled to decide where to go next.

When you’re making enough money living off the set of apps you developed it’s hard to take risks. But a couple of months and a few events later I started hearing they are more and more ready to focus on one product and target the English-­speaking market. We’re in 2014 and the guys work 100 percent on InvoiceOcean, a now global invoicing platform available in the US, UK, France and Poland, serving 60k+ customers.

What’s more: 30 percent of new customers are from outside Poland. The startup will be pitching at TechCrunch Disrupt London as a result of winning Pirates On Shore pitch competition in June.

As we’re celebrating Reaktor’s third anniversary this week, it would be hard to overlook the amazing change Polish startup scene went through during last three years.

The story of InvoiceOcean is representative for many Polish startups. In 2011, no one seriously considered building a global brand out of Poland. Today, we have a number of truly global startups in industries ranging from hardware tools, SaaS services, 3D printing, iBeacon, social media monitoring and more.

There are many reasons why this happened. Polish market got saturated and launching a successful company here is not as difficult as it used to be. Polish leading investors like Innovation Nest or HardGamma Ventures built global networks to help their founders be successful in Europe and Silicon Valley.

However, I believe that the main reason driving this change is simply the fact that Polish founders learned to share their stories and take lessons from each others’ failures.

In 2014, the dream of building the first billion dollar company from Warsaw or Cracow remains a dream. But I don’t think many people would be surprised today if it suddenly came true.

To learn more about interesting startups in Poland, follow @Polish_Startups on Twitter, watch other inspiring talks and check out the Bitspiration blog which covers new projects.

I would like to thank Magda Borowik and my wife Ola who read the first drafts of the article and proof­read my terrible English.