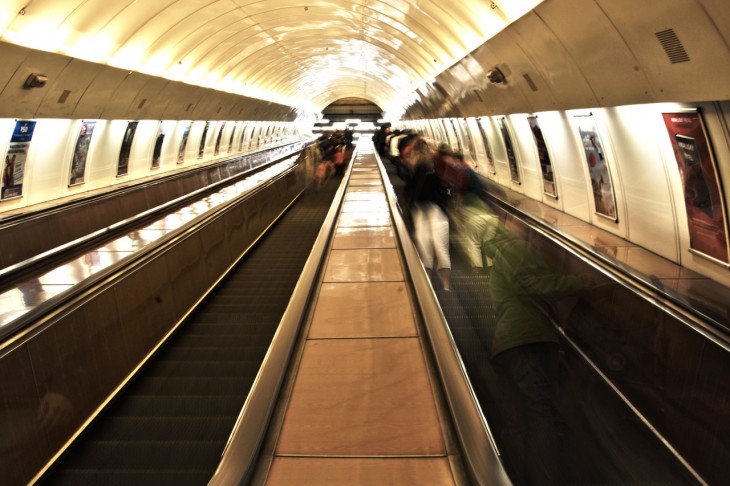 Andrej Kiska is an associate at Credo Ventures.

“I am building a startup that solves a problem I experience frequently.”

I am a big fan of founders who build their startup on the above-mentioned premise, since such a startup is most likely tackling a real-world problem (an increasingly rare phenomenon in today’s world). Many accelerators and angel investors preach that a startup in its earliest phases should predominantly focus on solving a real problem for an individual/company.

Some of the most famous early stage institutions such as Y Combinator embrace it wholeheartedly: in one of its 2014 batches, YC had a startup building a new mobile email client.

In Paul Graham’s words: “Their beta group has one user: Sam Altman. Their goal is to just make Sam Altman happy. And Sam Altman uses email a lot on the go, and he knows what all the other options are, too.

“So, he’s sufficiently demanding that if they make him happy, if they used him for the positive for a mold, they could make lots of people happy. And that’s sufficient, right?”

Solving your own problem in Silicon Valley

Sam Altman, the president of Y Combinator, sees a lot of startups. If Sam is not happy with any mobile email client, then you can be pretty sure that there is a market opportunity.

That’s because Sam has most likely seen all other mobile clients on the market. The same logic applies to majority of B2B startups that are able to solve a pain point for any corporate client in the Valley.

Solving your own problem in Europe

Here is the issue with European startups that solve a problem for a small set of local users or customers: there is a good chance that someone else out there (most likely in Silicon Valley) is solving the very same problem in a more efficient way, but you/your first users are not aware of it, because it hasn’t reached them/Europe yet.

If I were to use Paul Graham’s words, European users/customers are not sufficiently demanding to be your true validators.

For European entrepreneurs who have the ambition to build a global startup, i.e. not another local SMB, you should know your space well. Understand what other startups in your space are doing, and where you believe the space will move in three to five years.

While it sounds so basic, I am astonished at how many startups I talk to don’t bother thinking about where their market is heading in a few years, or don’t know the startups that are addressing the very same problem. Some dismiss my question by saying “Well, there is no one in the Czech Republic doing it” or by “I don’t care about what happens in three years; my goal is to generate revenue/make my users happy now, not in three years.”

Unfortunately, such a strategy doesn’t work in the digital world in the long run. The attractiveness of the internet-powered digital realm (for both startups and investors) lies in its very scalable distribution channels that allow for just one to two winning startups per customer problem.

So, you can build your own startup that will make your customers happy for a little while, but unless you are the best solution in class, you will ultimately be run over by a superior solution or get stuck being an SMB with a very limited success.

Yes, there are exceptions

There are some limits to the digital world, especially when it is intertwined with the physical; look at e-commerce (logistics) and the rise of Chinese startups. Smart founders can also raise high barriers to entry, making it hard to get disrupted.

But at the end of the day, superior products will catch up to their customers. If you build a startup without being aware of what others around you are doing and where the space is heading, you will most likely fail as a global startup – sooner or later. You would have to be extremely lucky to build a top class product while unaware of what is going on around you.

Unfortunately for us in Europe, we are not surrounded by all the leading technology startups like Sam Altman is. That’s one of the reasons why it is harder for us to understand the global market that well.

But where would the fun be if everything were so easy?

Read next: Why European startups shouldn’t fundraise in the Silicon Valley